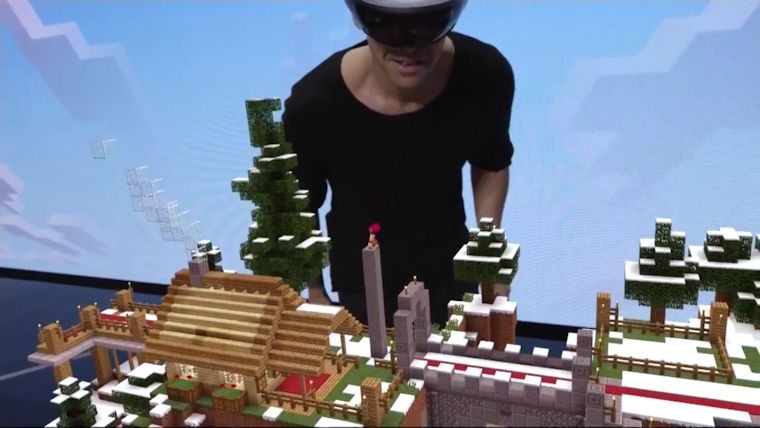 Microsoft’s E3 conference today had a large focus on the games, but they did take the time to bring up their HoloLens AR device that we’ve heard before. The headset looks awesome, but perhaps the biggest reveal is that you can use the hugely popular Minecraft with it.

VR is definitely the future based on what we are seeing with devices like Oculus Rift and the Morpheus and while Microsoft will be partnering to have Oculus Rift, HoloLens is going to be something different entirely.

We got a demo of HoloLens in action with Minecraft, but turning a basic table into a world of Minecraft, which looks absolutely incredible.

Minecraft honestly isn’t something I have really played much, but something like this has me very interested. This will bring a whole new layer to Minecraft and could easily be the key to make HoloLens a success for Microsoft.