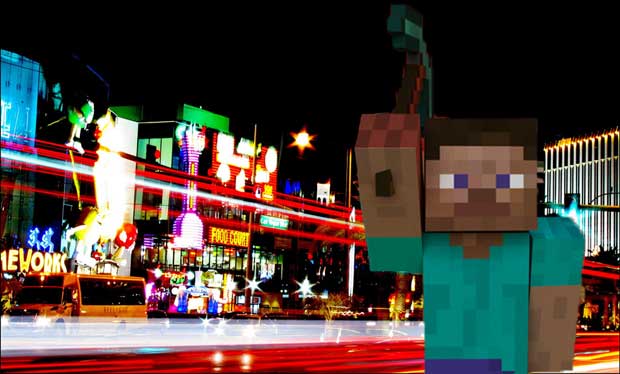 If you are planning on going to the Minecon convention that is to be held in Las Vegas this November, registration begins tomorrow.  Notch announced today that the registration site will go live at 6PM CET and that there will only be a limited number of tickets available for the event that will be held at the Mandalay Bay Resort in Las Vegas Nevada later this year.

The convention is said to be a celebration for the fans to commemorate the full release of the game.  The developer has said that he is “really looking forward to getting up on stage and pushing the button to upload the final build”.  Notch has also estimated that tickets would cost around $90 per person, which doesn’t include airfare or other travel costs, food, hotel, gambling, and of course strippers.