Minecraft on Xbox 360 “What did you think would happen?” 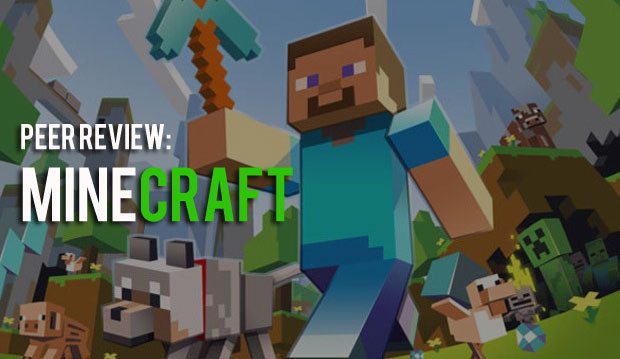 Minecraft on the Xbox 360 is shattering sales records on consoles this week.  The popular PC game that is built around the premise of creation is apparently fairing well with the critics as well as consumers.  Minecraft: Xbox 360 Edition lets you create worlds from the comfort of your sofa. The Xbox 360 version of the game offers new features that allow to play alone or play with your friends.

Here’s what a selection of critics had to say about this recently released title on the Xbox Live Arcade.

Official Xbox Magazine – 100 – 4J has turned in an accomplished port, boasting crisp, high-resolution visuals and a reorganised inventory…In terms of console sims, nothing touches it. Minecraft’s world is one that everybody should experience.

Eurogamer – 90 – It’s a good deal less aimless in this new 360 version, which makes a few notable concessions to accessibility for this notoriously inscrutable game.

Game Informer – 88 – I’ve always been a fan of games that emphasize exploration and freedom, and that’s what Minecraft is at its core. I absolutely love the feeling I get from scaling a blocky mountain and seeing a wide-open expanse of pure possibility in the distance. It was revelatory when it was released on PC, and Xbox 360 players now have a chance to experience all the wonder that Minecraft offers.

Giant Bomb – 80 – The 360 game offers enough value for block-building neophytes to justify its existence in a world where Minecraft has already seemingly been wallpapered everywhere you look for the last couple of years.

Polygon – 70 – The plethora of in-game tips and tutorials make Minecraft far less intimidating to gamers with little time or patience to stumble around blindly looking for the fun, much of the mystery and discovery of the original game has been stripped away by the very things meant to make it more palatable.

Home / Game News / Minecraft on Xbox 360 “What did you think would happen?”