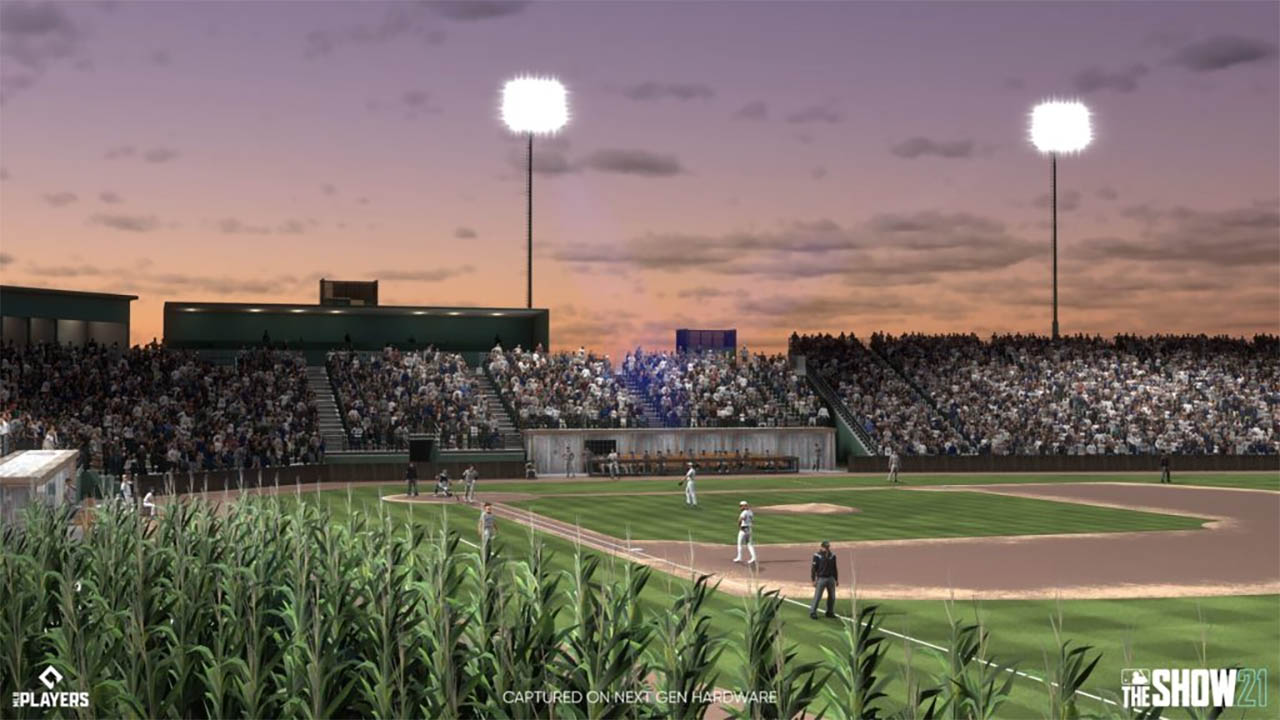 There are many different sports movies out there and everyone has their favorites, but there is no question that 1989’s Field of Dreams is one of the most iconic of all. The premise of the film is that a farmer is told by a mysterious voice that “If you build it, he will come.” While he doesn’t quite understand why, he ends up building a baseball diamond on his own land and the story goes from there. You won’t find many baseball fans that don’t at least know about this movie and that is why it’s no big surprise that MLB The Show 21 has now added their own Field of Dreams park into the game.

This comes timed just ahead of an actual Field of Dreams style game that will be held between the Chicago White Sox, who play a role in the film, and the New York Yankees this Thursday, August 12. To honor this special first of its kind game in MLB, MLB The Show 21 made the announcement earlier about the addition of the Field of Dreams.

Officially titled the MLB at Field of Dreams park has now been added into the game via the latest update to the game and can be found under Classic Stadiums. This is a free download too that comes with this latest update for all four platforms that the game is available on, so don’t forget to check this one out.