You and 7 other people can now truck together across America. 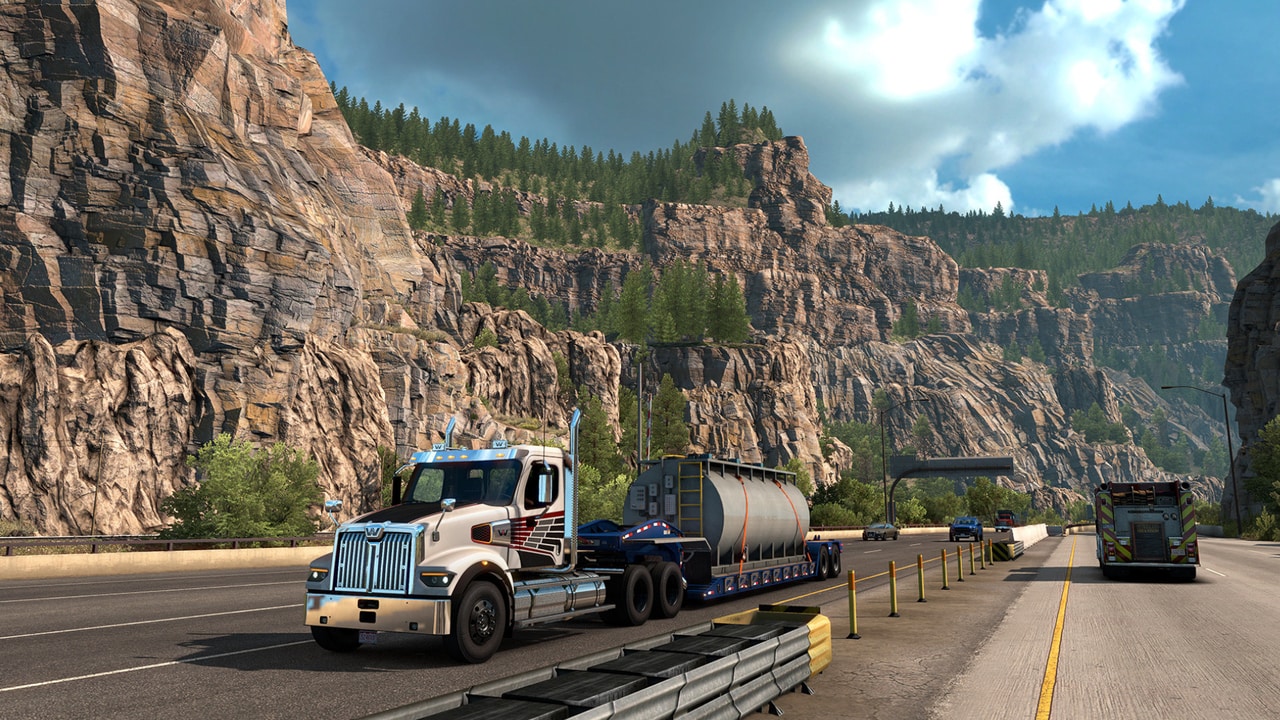 Fans of hauling huge loads and trucking across America can now ride in a convoy in American Truck Simulator thanks to the official multiplayer mode. Sine this is still an early version of the convoy, only eight truckers can participate in the joint session, but as SCS, the developer of said simulator, said – that number will increase in the future.

The multiplayer Convoy mode in American Truck Simulator allows players, in addition to driving together, to take the same transportation contracts from the same company to the same destination. It makes sense since it’s a convoy. Thus, players will have synchronized traffic, time and trucks, and will be able to communicate via radio (voice chat) or text.

It should also be noted that playing with mods is not currently enabled in a multiplayer environment, and there are other issues that will be resolved – such as the disappearance of all vehicles when a player exits a session. Also, the ability to revert a save file to a previous version of the game has now been added if there are progress  issues while trucking with your friend or a random person.

Among the other new stuff that arrived with the 1.41 version of the game are the changes in California. In addition to the change of roads, agricultural stations have been added to check the cargo of players and to check whether we have the necessary permits before entering the state. In addition, a photo mode has been added, so everyone who wants to brag about their trucks will have the opportunity to take the best pictures of their machines with a bunch of options.

I got to try out the beta for the game a month ago, and it was probably one of the best times I’ve had laughing while my friends kept rolling over because they drove too fast on a curved road, or when they kept brake checking me because I wasn’t really paying attention.