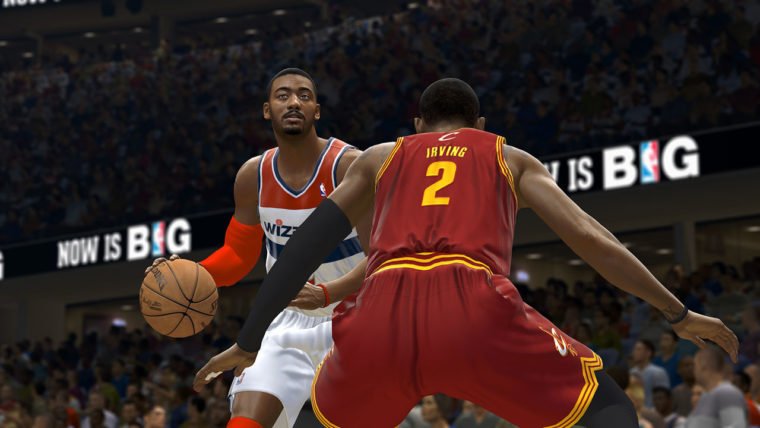 A new trailer release today by EA Sports reveals the huge improvements to offensive gameplay featured in the upcoming NBA Live 15. Shooting, dribbling, and passing have all be enhanced, with them becoming much better than they have been in any previous game. The video goes over the last game, NBA Live 14, to give a comparison for the changes. Take a look at the video below and we’ll break down the differences as well.

NBA LIVE 15 improves on shooting, dribbling and passing – just to name a few.

Passing looks to be smoother and easier to control. As the video admits, last year’s mechanics prevented players from pulling off effective fast break passes. NBA Live 15 features faster and better animations, which will allow gamers to control where the ball goes and when in a much better way. Past improvements, such as free-style passing are carried over as well making this the best version yet.

Dribbling might seem like a small part of the video game experience, but EA Sports points out how integral it is to the game of basketball. Last year’s game introduced authentic dribble moves based on the actual players. This year sees improved controls that will allow you to pull off the authentic moves even easier than before. A major change for NBA Live 15 is that you’ll be able to perform these dribble moves while your character is on the move.

Shooting is easily the most important part of the gaming experience in NBA Live 15. EA Sports points out that last year’s game would have issues with great shooters missing wide open shots. This year features a shot feedback mechanic that will give you more information on how to improve your shots. Adding in a rag doll mechanic that will improve overall animation while shooting and you have the best NBA Live experience available.

NBA Live 15 comes out from October 28th for PS4 and Xbox One.