NCAA Football Series May See Revival In Near Future

The latest news in the world of video games at Attack of the Fanboy
July 26th, 2014 by Dean James 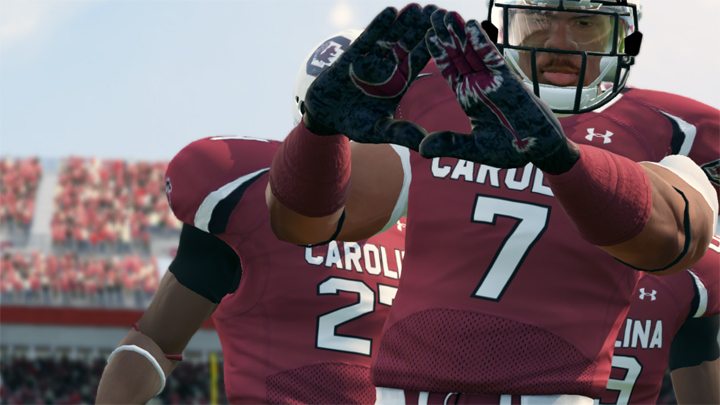 For as long as I can remember, the one annual game series I looked forward to more than most anything was NCAA Football. As a major college football fan, this is one series that I could never get enough of, but sadly the series came to an end last year as a result of the litigation over the improper use of player likenesses. However, reports are now saying that we may see a revival of the series in the near future, with the possibly of licensing out player likenesses becoming more of a possibility now.

In an article by CBS Sports, a few different collegiate athletes weighed in on how much they miss the series, which was a perspective not shown too often with the game. One such example was Georgia Tech offensive lineman Shaquille Mason, who gave a very strongly worded statement about the game.

The most interesting part of this article is that it sounds like we may see the official licensing of player likenesses through the conferences in the near future. Specifically, NC State athletic director Debbie Yow discussed how she senses that the Power 5 conferences will look at this very topic when they can begin to make some of their own NCAA rules next month. She doesn’t see payment for live TV rights happening quite yet, but she does she at least see discussions for the topic occurring that involve video games, jersey sales, and other such merchandise.

Considering the game would likely not be worked on until a deal is reached, we are still probably years from a return, but perhaps if it is looking good, EA Sports will start on the game behind the scenes.