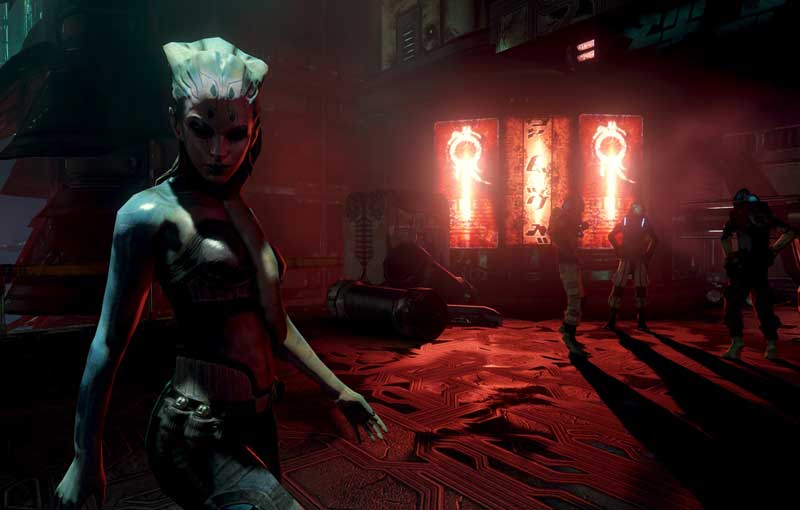 Prey 2 was officially unwrapped for the world to see at E3 2011, and its looking like one of the most ambitious games of 2012.  Not adhering to the standard cut and paste process that sequels tend to encompass.  Prey 2 is literally unrecognizable when stacking it up against its predecessor.  Good or bad as this may be depending on your thoughts of the first game, Prey 2 looks to sprinkle some life into the first person genre by incorporating some nontraditional gameplay devices.

As we saw at E3 2011, Prey 2 puts you in the shoes of Killian Samuels, a bounty hunter on the alien world of Exodus.  With first person parkour and vertical element, you’ll be chasing down alien bounties and making moral choices along the way.  Alongside the new gameplay features, Prey 2 looks quite good as well.  Have a look at the latest screenshots released by Bethesda below.