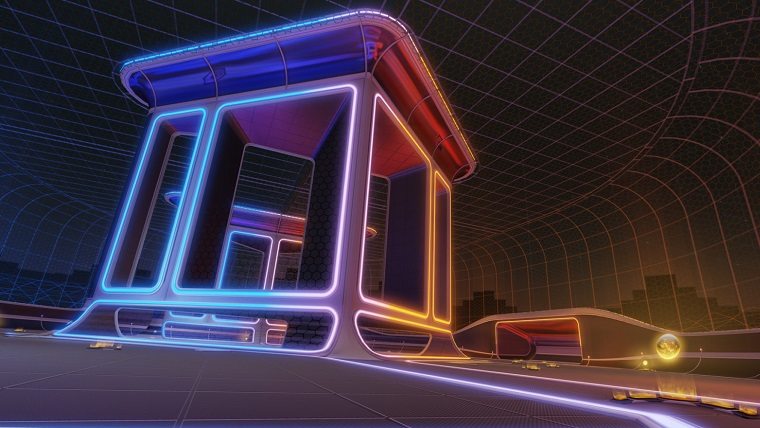 Rocket League developer Psyonix revealed earlier this year a new playlist in the game called Rocket Labs, which they said would include new experimental arenas over time. Well, they have finally announced what the first new arena will be, and it’s a VR-inspired arena called Pillars that will seriously be shaking up the gameplay.

Psyonix’s Kyle Lemmon said the following about the new arena:

“Available in the Rocket Labs playlist for both Online and offline Exhibition play, the visual aesthetic for “Pillars” will continue its tipped hat towards virtual-reality — only this time, with a gameplay emphasis on using multiple walls to your advantage. As you can tell from the screenshots, the “Pillars” title will be quite literal since two huge uprights loom over the middle of the arena.”

“These pillars separate the arena into three lanes, with the goals on each side lining up the center lane. Banking shots off the tall columns in the middle of the arena makes for some incredible moments and driving up the walls and flying down on the competition feels just right.”

Pillars will be released as part of the game’s June update, which the developer promises more information on in the coming weeks. You can check out an additional Pillars screenshot at the bottom of this post.

Rocket League received update 1.17 last month which added in the following to the game:

Full details on the patch can be found by clicking right here. 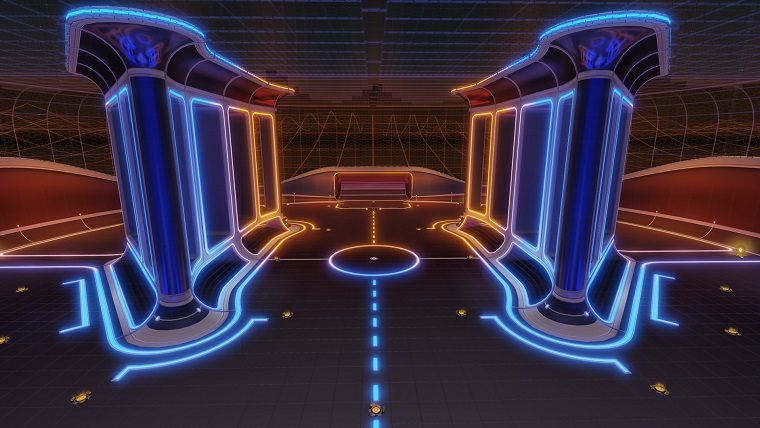