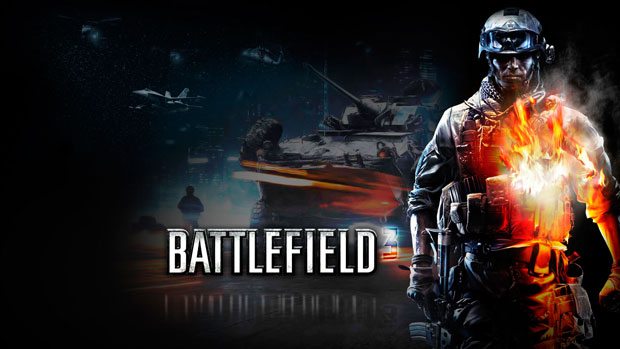 Here are your video game releases for the week of October 24th, 2011.

House of the Dead: Overkill – (PlayStation 3)– It’s survival horror as it’s never been seen before! The House of the Dead: Overkill is a pulp-style take on the classic SEGA light-gun shooter series. The game takes place as Special Agent G — the hero of The House Of The Dead series — is given his first assignment fresh out of the AMS academy. Teamed up with hard-boiled Detective Washington, they are sent to investigate stories of mysterious disappearances in small-town Louisiana. Little do they know what blood-soaked mutant depravity awaits them in the streets and swamps of Bayou City…

Dance Central 2 – (Xbox 360) – Get ready for the sequel to the best-selling dance game for Kinect for Xbox 360. Dance Central 2 keeps the wildly addictive Dance Central experience going with a new focus on simultaneous multiplayer. Friends can now team up in Perform It or go head-to-head in a simultaneous dance off within Dance Battle. Additionally, players can seamlessly drop in or out at any point during a song, so the party never has to stop!

Grease – (Xbox 360, PS3) – Get ready for those Summer Nights with a return to Rydell High! Grease utilizes the PlayStation Move motion sensor technology to deliver the ultimate Grease experience. Sing, dance and party with Barry, Sandy and the rest of the Grease gang. Grease delivers the movie’s signature choreography and legendary songs combined with today’s motion-sensor technology so fans can dance and sing along to their favorite Grease tunes including iconic anthems like “You’re the One That I Want”, “Greased Lightning” and “Summer Nights.” Grease allows players to sing or dance as a solo act, in a duet or four players can team up to sing and dance together for a sensational musical performance.

Kinect Sports: Season 2 – (Xbox 360) – Step up to the plate, reach for your driver to tee off, or serve up an ace as the most popular Kinect franchise returns with “Kinect Sports: Season Two” – only on Kinect for Xbox 360. With six thrilling new sports to jump into and enjoy, “Kinect Sports: Season Two” pulls the whole family off the couch and turns your living room into a world-class sports arena where intuitive, full-body gameplay and friendly competition reign supreme. Following the top-selling and award-winning “Kinect Sports”, the second season amps up the action and delivers sporting gameplay like you’ve never seen – or felt – before!

The Haunted: Hells Reach – (PC) – All Hell Has Broken Loose!!! The Haunted is a fast paced third person action horror game that focuses on delivering an intense multiplayer experience. Your goal is to liberate cursed places and survive the assault from the minions of Hell. The game features several multiplayer modes such as co-op survival, demons vs. humans and demonizer.

Disney Universe – (Wii, PS3, Xbox 360) – Disney Universe is an off-the-wall non-stop action adventure where Disney worlds and characters mix up for the first time. Suit up in iconic costumes and face challenges in legendary Disney worlds.  Defeat enemies, collect coins and powerups, unlock new costumes and explore with friends as you battle in a mix-up of worlds inspired by numerous Disney and Pixar films.

The Cursed Crusade – (Xbox 360, PS3) – Set at the end of the 12th century and centered around a pair of cursed warriors fighting to save their souls, The Cursed Crusade marries the beauty and wonder of medieval Europe with thrilling adventure and dark fantasy.

Daytona – (Xbox 360 Arcade, PSN) – Daytona USA marks a return to the hallmark sense of speed and control of SEGA’s renown racing line with this re-creation of the classic racing title.

Puss in Boots (Wii) – Step into the boots of Puss In Boots, star of the upcoming film from DreamWorks Animation, and use your sword fighting moves and sly skills to become the legendary hero! Master the style and charm of Puss in Boots in an engaging swashbuckling experience. Duel banditos with style and flair, use cat-like sneaking skills to fool your foes, and team with characters from the film to catch the Golden Goose … plus, strum your guitar to serenade the señoritas along the way! It’s the adventure of nine lifetimes

Back to the Future – (PC) – Marty McFly and Doc Brown return in a completely new Back to the Future adventure. Six months after the events of the third film, the DeLorean Time Machine mysteriously returns to Hill Valley – driverless!

Motion Explosion – (Xbox 360) – This colorful and energetic family-friendly game is exploding with electrifying mini-games that keep your entire body moving fast-ducking, dodging, catching and balancing whatever might be thrown at you! From juggling soccer balls to dodging blocks to controlling robots to hacky sacking, Motion Explosion’s 12 games pack in 10 levels each, mixing it up along the way with additional gameplay elements like inverse controls, faster pace and new tricks to make you think quick on your feet and keep your body moving!

Just Dance 2 Kids – (Xbox 360, Wii, PS3) – The coolest dance experience for kids is back, Just Dance Kids 2 on Wii! Featuring 40 fun and crazy dance routines to kids favorite songs, including hits from today’s most popular artists, TV shows and movies. Just Dance Kids 2 gets kids of all ages up and dancing with colorful graphics, super-fun dance moves, and kid-friendly gameplay!

PixelJunk Sidescroller (PSN) – Based on the unlockable stage from PixelJunk Shooter 2, PixelJunk Sidescroller is a complex and dynamic fluid simulation system, which fills the game world with flowing liquids and hazardous gases, while putting a new spin on arcade shooters. Blast holes in walls or use your ship itself to drill past scorching hot magma. The fluids react in real-time to the player’s actions and to other liquids, creating unique and exciting situations with every play.

Kirby’s Return to Dreamland – (Wii) – Kirby and his friends are back in an adventure designed to satisfy longtime Kirby fans and beginners alike. When an alien spaceship crashes in the otherwise peaceful realm of Pop Star, its pieces are scattered throughout the land. Players must guide Kirby as he retrieves the ship’s parts and helps the aliens return to their home planet. This time, however, he’s not alone. At any time, up to three more players can join in the fun and play as Meta Knight, King Dedede and Waddle Dee to help Kirby in his quest.