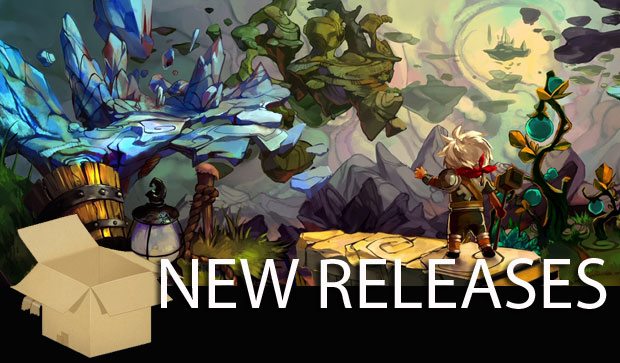 The latest video game releases for the week of July 18th, 2011

Left 4 Dead 2: Dead Air – (Xbox 360 & PC) – Dead Air is a five chapter Left 4 Dead campaign releasing as free DLC for the PC.  The DLC will update automatically when the Steam client is started.

Runespell: Overture – (PC) – Runespell: Overture is a role-playing game combining poker mechanics with power ups and collectable cards. The world is set in an alternate medieval Europe linking historical characters with Norse mythology and sagas. The player takes on the role of the Changeling, the son of a monster god, in search of his nemesis.

Dead Block – (PS3) – As one of three survivors of the shuffling zombie onslaught – Boy Scout Mike Bacon, construction worker Jack Foster, and no-nonsense meter maid Foxy Jones, each with their own unique “Smart Bomb” attack – players will fortify their area by boarding up windows and setting a variety of unique unlockable traps, collect items and power-ups, take on zombies one-on-many with a variety of upgradeable weapons, and even rock them to shreds with awesome guitar power!

Bastion – (XBLA) – Bastion is the first title from Supergiant Games, an original action role-playing game set in a lush imaginative world, in which players must create and fight for civilization’s last refuge as a mysterious narrator marks their every move.

Just Dance: Summer Party – (Wii) – Enjoy classic Just Dance gameplay to over 20 new tracks, including hit songs like ‘Firework’, ‘Pon De Replay’, ‘Mambo No. 5 (A Little Bit of Monika)’, and more! Spanning a variety of genres and musical tastes, everyone at your party will find a song to groove to this summer. Easy to pick up and play, all you need is the Wii Remote! Just Dance Summer Party is the perfect game for family night and party night!

The Smurfs: Dance Party – (Wii) – The Smurfs are back in an all new dancing video game, based on the best-selling Wii games, Just Dance & Just Dance 2. Kids and parents will dance to popular, top of the chart songs in this fun, high-energy game with their favorite Smurfs characters. The Smurfs’ game is based on Sony & Columbia Pictures’ upcoming hybrid live-action/CGI blockbuster movie releasing July 29, 2011.

Captain America: Super Soldier – (Xbox 360, PS3, Wii, DS,) – Captain America: Super Soldier is a third-person, single player action-adventure game in which players take up the fight, as well as the shield of America’s original comic book super soldier, Captain America. The game features an exciting blend of free-flowing combo based combat and acrobatic platforming against the backdrop of an original storyline set in the universe of the major motion picture release of the same name. Additional features include: the full list of Captain America’s greatest villains and superior graphics that bring the adventures of the iconic hero to life.

The Smurfs – (DS) – Based on Sony Pictures Animation & Columbia Pictures’ movie, The Smurfs DS game has tons of fun mini-games and read-along stories about the Smurfs as they prepare for their festival in their village and are disrupted by Gargamel.

Fallout: New Vegas Old World Blues – (Xbox 360, PS3, PC)  – After being transported to the Big MT research crater, you find you’re the only hope of saving the “Think Tank” – a strange group of post-human researchers who inhabit the facility. They enlist your aid to save them from their own experiments – experiments that have gone horribly out of control. As you explore the huge stretch of the Big Empty crater and its many underground labs, you’ll confront strange mutated animals, battle terrifying new atomic robots, and discover a new home base to call your own.

Call of Juarez: The Cartel – (Xbox 360, PS3) – Call of Juarez: The Cartel includes the same attributes of a great Western shooter, upgraded to reflect modern times. For instance, instead of outlaws and brothels, you’ll find cartel kingpins and strip clubs. But make no mistake, the spirit of the Wild West is still very much alive. You’ll experience the lawlessness of the old country as you fight to take down a powerful drug cartel in a world where every man is out for himself.

Fast Draw Showdown – (PS3) – This game has been completely redesigned from the ground up, so get ready to unholster your PlayStation Move motion controller and show’em all who the fastest draw really is!