NieR:Automata to Get “Some Kind of Fan Event” for 1st Anniversary

The latest news in the world of video games at Attack of the Fanboy
March 9th, 2018 by Dylan Siegler 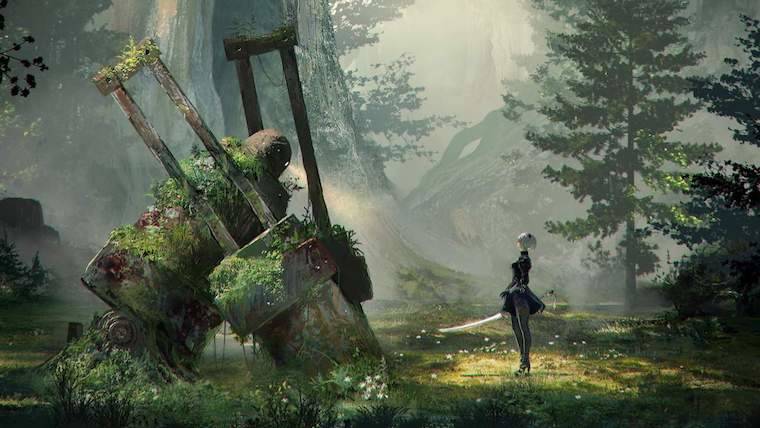 One of last year’s surprise hits, the existential action-RPG NieR:Automata, has been celebrating its first anniversary lately, with February 23 marking the anniversary of its Japanese release, March 7 its North American release and tomorrow, March 10, its European release. To celebrate the game’s first anniversary, publisher Square Enix will apparently have “some sort of fan event.”

In a video recently uploaded by the North American Square Enix YouTube channel, NieR:Automata director Yoko Taro came out and expressed his gratitude to his fans by reading a statement written by Square Enix’s marketing department. At the end of the statement, it is revealed that Square Enix is planning “some sort of fan event” for the game’s anniversary that it seems like Yoko Taro himself may not be privy to. No other details about the event(s) were shared, though it seems that it/they will be for North American and European fans specifically.

It was also recently revealed that, though the game has been out for a year, NieR:Automata still has one last secret that no one has found yet. If you haven’t played NieR:Automata yet, you definitely should and you can currently get it for 50% off from both the PlayStation Store (until March 20) and Steam (until March 14).

Home / Game News / NieR:Automata to Get “Some Kind of Fan Event” for 1st Anniversary