The latest news in the world of video games at Attack of the Fanboy
December 12th, 2016 by Dean James 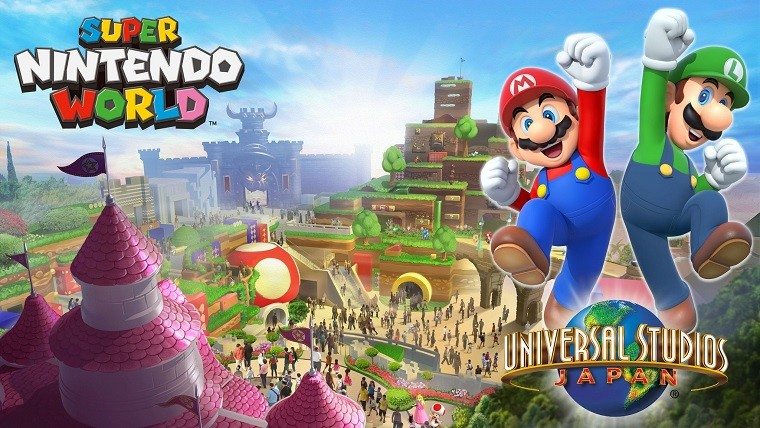 Nintendo is one of the most known companies in the world and that is why it made perfect sense when they announced a partnership with Universal Studios to open special theme parks within existing Universal Studios locations based on the brand. We haven’t heard anything for awhile on this, but now we have some official details and the name of one of the parks.

The goal is to have it open in time for the 2020 Summer Olympics that will be held in Tokyo, with Nintendo themed areas also coming to Universal Studios in Orlando and Hollywood after that.

“Super Nintendo World will be comprised of expansive and multilevel environments filled with unprecedented, state-of-the-art rides, interactive areas, shops and restaurants, all featuring Nintendo’s most popular characters and games.”

The costs of this park at Universal Studios Japan is expected to exceed 50 billion Yen according to this report, with it being built using existing parking areas and an area of the park that was designated for future expansion.

Going more into the financials of how much Super Nintendo World is estimated to help Japan’s economy, Katsuhiro Miyamoto, Emeritus of Kansas University predicts that it will bring economic benefits of 6.2 trillion Yen to the Kansai region, and 11.7 trillion Yen to Japan as a whole within 10 years of opening, while also bringing in 1.1 million jobs to Japan.

What do you think of the name for the new park and how excited are you for when it expands to the Orlando and Hollywood locations? Make sure to let us know in the comments below.