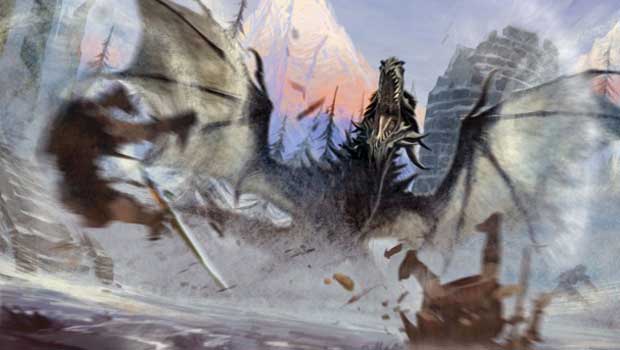 Months back one ambitious hacker showed us the possibilities that Kinect and Skyrim had when he demonstrated a unique custom control scheme for the popular RPG. Today, Bethesda has announced that they will be releasing an official support patch that incorporates Kinect integration into Skyrim for the Xbox 360.

The free title update will hit Xbox Live later this month, and will feature more than 200 Voice Commands. While your neighbors will probably be wondering why you are screaming Fus Ro Dah at 2AM, Dragon Shouts aren’t the only things that Bethesda is giving voice commands to. Hotkey Equipping, Follower Commands, and all menus will be given Kinect functionality.

Be on the lookout for a full list of Dragon Shouts and Kinect Commands for Skyrim in the near future. But in the meantime, for a sneak peek at the Kinect functionality in Skyrim, have a look at the recently released video below.