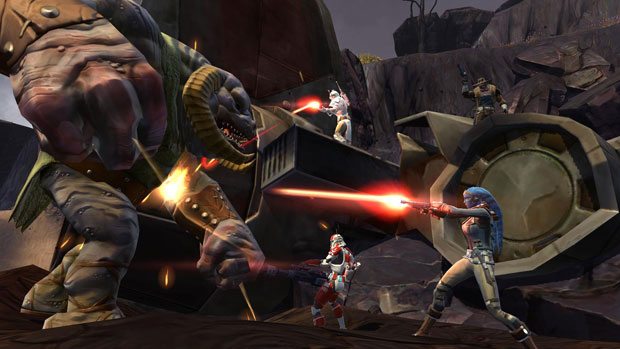 According to one analyst, recent reports on sales concerns surrounding the recent launch of Star Wars: The Old Republic, may be overblown. In a recent investor note, Michael Pachter addresses these concerns for investors and believes that competitors may be taking a skewed look at SWTOR, and the underlying stock of Electronic Arts.

“Some of our competitors have suggested that the ‘consensus’ first quarter sales estimate was 3 million units, or over a million abover our own estimate, which we believe is not only unrealistic, but borders on absurd,” said Michael Pachter of Wedbush Securities.

Last week, one analyst estimated that Electronic Arts had as much as $500 Million dollars invested in the massive project. Giving EA’s stock another difficult week in the markets.