The latest news in the world of video games at Attack of the Fanboy
December 4th, 2016 by Dean James 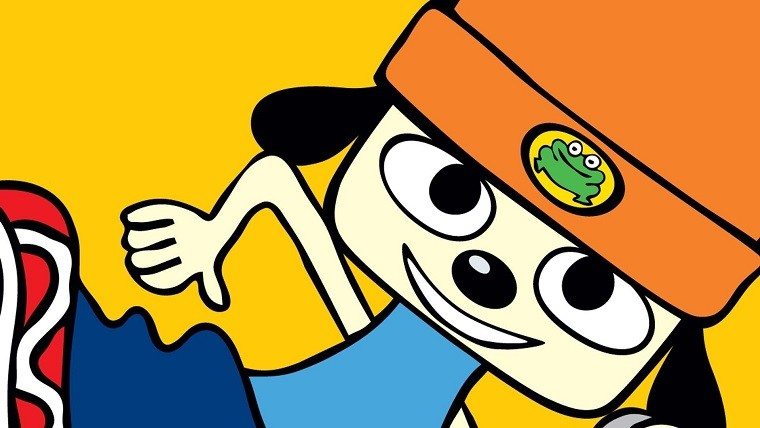 The early days of the original PlayStation had a lot of classics come out and PaRappa the Rapper was one of those titles that found a big fan base. A spinoff and sequel were released within five years, as well as a 10th anniversary re-release on PSP of the original, and now Sony is ready to celebrate the game’s 20th anniversary in style as well.

The PlayStation Experience keynote this year was jam packed with tons of reveals, with one of them being a remaster of PaRappa the Rapper for PS4 just in time for its 20th anniversary.

The game is set to release in 2017, which is technically the 20th anniversary in the US. The game actually released in 1996 in Japan, so Sony is getting the anniversary started on time in one regard.

Starting today, you can download a free demo for PaRappa the Rapper 20th Anniversary on PS4, which gives you a glimpse of how the game has changed since its original release on PS1 and its other re-release on PSP.

What this demo also gives you a chance to try out is one of the key additions to the upcoming 20th anniversary remaster, 4K resolution. The original Parappa the Rapper obviously looks very dated today, though not as bad as many other PS1 games due to its art style, but the HD upgrade itself already looks absolutely fantastic. Taking that to another level with 4K resolution will makes this one a sight to behold, though you will obviously need a PlayStation 4 Pro to take advantage of this upgrade.

Make sure to hop onto the PlayStation Store right now to go ahead and get your demo downloaded and hopefully we’ll be learning more about when we will be seeing the full release come sometime in PS4. You can also check out the debut trailer for PaRappa The Rapper 20th Anniversary below as well.