Path of Exile “mini-expansion” Sacrifice of the Vaal announced

The latest news in the world of video games at Attack of the Fanboy
February 15th, 2014 by William Schwartz 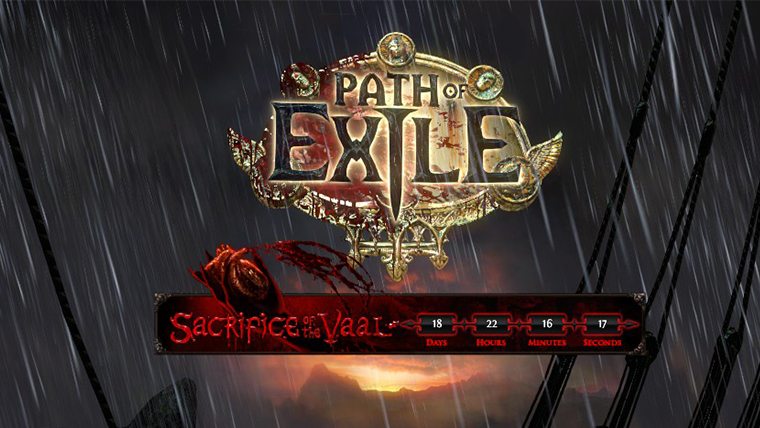 Grinding Gear Games have named and detailed the first mini-expansion that will build upon the world and mechanics of Path of Exile. Sacrifice of the Vaal will arrive as soon as March 5, at 1 PM PST. Until then, fans can expect more information to be unveiled weekly. Teaser screenshots will arrive next week, whereas a trailer is planned for the last day of this month.

The new content will explore the extent of Vaal corruption that lays claim to Wraeclast, the dreadful place where exiles carve their new paths. The Vaal already drive the story in the core game, since they are responsible for many achievements within the game’s setting, some of which even translate to in-game mechanics that players themselves encounter. To say anything more of them would unfortunately spoil the game’s story, but they will return next month.

Also introduced will be new four month long leagues, while Domination and Nemesis will close. Leagues offer unique mechanics that make the game more challenging, therefore characters within one league cannot interact with characters from another. And in what is a fairly brilliant move, these leagues also serve as a test-bed for new mechanics – certain features from Domination and Nemesis are to be patched into the core game when the mini-expansion hits, such as enemy-empowering totems and harder rare creatures, respectively. Future replacement leagues have not been named or detailed just yet.

Since the game is free to play, the same will apply to Sacrifice of the Vaal. It’s not unlikely the in-game shop will grow when the new content launches, but so far fans have been happy with the developers handled things on that end.

What say you? Do you play Path of Exile? Are you looking forward to this expansion, or have you grown weary of scouring Vaal ruins for shiny trinkets?