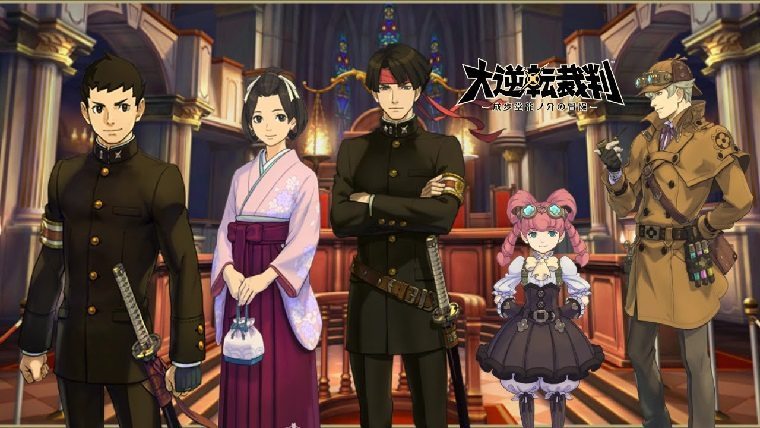 The Ace Attorney series just released its most recent game with Phoenix Wright: Ace Attorney – Spirit of Justice last week, which was the sixth mainline entry in the franchise. There have been a few spin-offs that never made their way to the West, specifically Dai Gyakuten Saiban, which had an exciting announcement at the Tokyo Game Show for Japanese fans.

Dai Gyakuten Saiban translates in English to The Great Ace Attorney, and is set back in 19th century with the lead being an ancestor of Phoenix Wright.

This story takes place six months after the original and appears that it might be set in Japan. The original had the lead going to London and eventually teaming up with Sherlock Holmes, so this would go back to the series’ roots by taking it back to Japan instead. The trailer is quite short though, so it’s hard to really decipher too much about the game yet.

Capcom has specifically stated in the past that the first game would not be coming to the US though, which has been really disappointing to fans of the series. This is assumed to be the case with the second as well, so I wouldn’t get my hopes up on the chances of the sequel get a release outside of Japan either.