The latest news in the world of video games at Attack of the Fanboy
January 12th, 2014 by William Schwartz 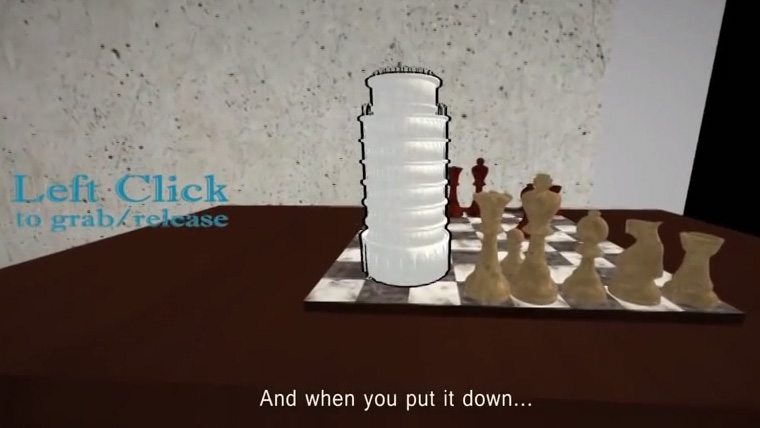 A team of students from Carnegie Mellon University’s Entertainment Technology Center are toying with an innovative idea that changes the way you perceive the in-game environment on your screen, and might just challenge and tantalize your brain in much the same way Portal did.

While the battle over the fidelity of explosions rages on, this humbly sized group of students, colorfully calling themselves Pillow Castle Games, are experimenting with a very interesting idea for a first person puzzle game. Have you ever seen someone try to pinch the sun in a photograph, or push against the leaning tower of Pisa? The phenomenon is called “forced perspective” and it isn’t new. In fact, it’s not even new to film – you can witness it right at the start of the first Lord of the Rings, making Gandalf appear taller than Frodo.

But what if it were done in a video game?

The as of yet unnamed project is merely at the “proof of concept” stage, but already the auspicious developers have shared their vision of how such a puzzle game might play out. The puzzles range from predictable to downright bizarre, from creating gargantuan stairs from fist-sized objects to enlarging a window to the point that you can easily step outside. Take a look:

The sleeper hit of 2007, Portal, started out with similarly humble beginnings, as you might recall. Narbacular Drop, developed by students at the DigiPen Institute of Technology, eventually led to Valve hiring the talent and giving them the opportunity to develop another experimental title based on the same premise.

What do you think? Would you play a puzzle game like this?