The latest news in the world of video games at Attack of the Fanboy
October 15th, 2014 by Kyle Hanson 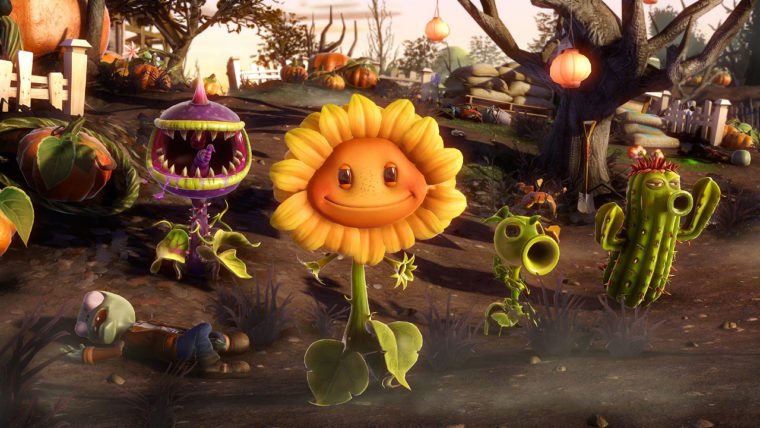 EA Access, the subscriptions service that offers up free downloadable games and other perks, has just added Plants vs. Zombies Garden Warfare to “The Vault”, making it free for members to download. This is the full game release, not a demo or timed exclusive, so if you are subscribed to EA Access you can now download and play the game as much as you like. Along with the base game comes Plants vs. Zombies Garden Warfare: Legends of the Lawn, which adds in “new character variants, the tasty new Taco Bandits game mode, and a bunch of new customizations and consumables.”

Plants vs. Zombies Garden Warfare delivers the depth of a traditional online shooter blended with the refreshing humor of the series

The announcement had this to say about Plants vs. Zombies Garden Warfare, “Whether you’re blasting undead monsters in the wave-based Garden Ops mode or joining a team of shambling zombies fighting player-controlled plants in the suburban battlefields, PvZGW delivers the depth of a traditional online shooter blended with the refreshing humor of the Plants vs. Zombies series.”

EA has said before that they do not currently plan to remove games from The Vault, so future members can look forward to getting Plants vs. Zombies Garden Warfare as part of the service as well. Other games available in The Vault include FIFA 14, Battlefield 4, Need for Speed Rivals, and Madden NFL 25. Along with these games members receive exclusive demos and discounts on digital titles. The EA Access service is only available on Xbox One, with no plans to bring the service to PS4 at this time.

Subscriptions to EA Access vary in pricing. One month will cost $4.99, while a year’s service will cost $29.99. One stipulation is that you will be unable to play the downloaded games from The Vault once your membership expires.