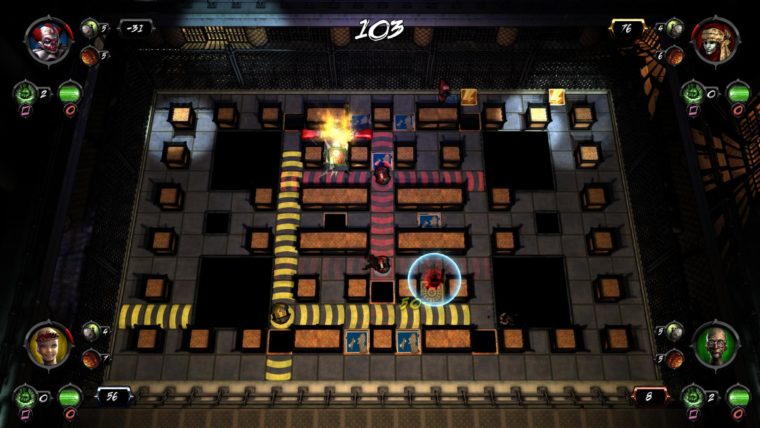 BRAWL is a brand new party title which pits up to four players against each other on various “maze-like levels” where players fight to survive. By using bombs and abilities players must take out the opposition to win. Bloober Team has described the title as “Bomberman meets MOBA” (Multiplayer Online Battle Arena) type of game. Here’s the official teaser:

The Polish studio has taken a taken a conscious development decision to style the game as a “throwback to the golden age of the arcades”. Offering a range of local multiplayer modes the game is aiming to spice up the party game genre. Alongside the teaser trailer the team has released an off-screen gameplay footage and feedback video. Recorded during the first BRAWL championship at Intel Extreme Masters 2015 the video shows off the type of environments and characters gamers can look forward to.

Currently, BRAWL has no scheduled launch date but Bloober Team are claiming that the game should be out “soon”. One final piece of information was confirmed by the team; those who have previously purchased Basement Crawl will receive BRAWL for free.