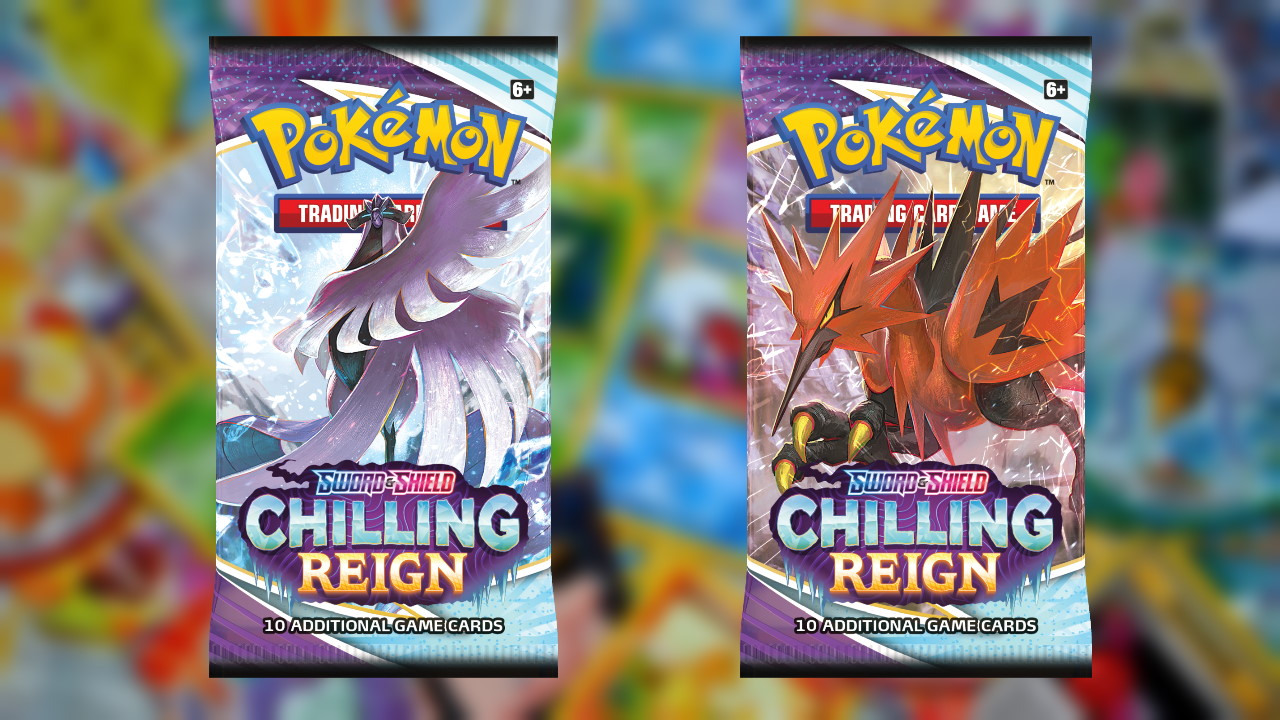 The next Pokémon Trading Card Game expansion is just on the horizon with the announcement of Pokémon TCG: Sword & Shield – Chilling Reign. This new set of cards will add to what we’ve already seen from the Sword and Shield expansions, with more Battle Styles and lots of big cards to collect and use in battle. The announcement comes with some big details as well, so here’s all we know right now about the Pokémon TCG: Sword & Shield – Chilling Reign expansion which starts hitting stores on June 5th.

Here’s all that fans can look forward to in the latest Pokémon TCG expansion: Chilling Reign.

The entire set is inspired by the Crown Tundra DLC, which arrived for Sword and Shield back in 2020. This means you can look forward to the release of Galarian Articuno, Zapdos, and Moltres just like in the video game. The expansion will be available in a few different ways, including booster packs, two Elite Trainer Boxes, and various special collections. Be sure to grab them fast though, as the rise in popularity and prevelance of scalpers has led to tough shortages for previous Pokémon TCG releases as of late.

The Pokémon TCG: Sword & Shield—Chilling Reign Build & Battle Box will first hit stores on June 5th with other releases to follow. This will include “a 23-card Evolution pack featuring key cards from current and prior sets, including one of four alternate-art promo cards; and a deck-building tip sheet,” so it’s a great way to get started with the new set. Be sure to check back for more info as the latest TCG expansion heads toward release, and be ready to hit your local retailer when the time comes.