Pokemon Trading Card Game Is Coming To iPad, Sign Of Things To Come? 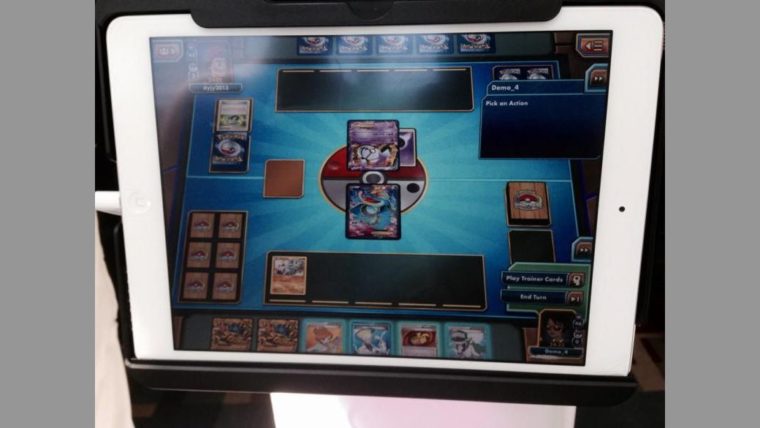 When Pokemon blew up in the 90s and became a phenomenon, the trading card game was everywhere. This was followed by a video game adaptation of the game for Game Boy Color that recently made its way to the Nintendo 3DS eShop via the Virtual Console. Now, it has been revealed that a brand new Pokemon Trading Card Game will be making its way to the iPad.

This may seem like nothing to those that do not care about the Pokemon Trading Card Game, but this could be a major first step, as Nintendo previously said they would not be releasing games on mobile devices. While iPad technically isn’t a mobile device in a sense, this is an interesting decision. However, we have previously seen a game like this on Windows and Mac, so it may just be a one time thing.

Courtesy of Pokemon fanatic and insider JWittz on Twitter, we have our first glimpse of the game on iPad as can be seen above, and it looks exactly how you would expect. The Pokemon Company says that the Pokemon Trading Card Game for iPad will be releasing before the end of 2014, so stay tuned for more details on a specific release date in the future.