The latest news in the world of video games at Attack of the Fanboy
December 25th, 2015 by Dean James 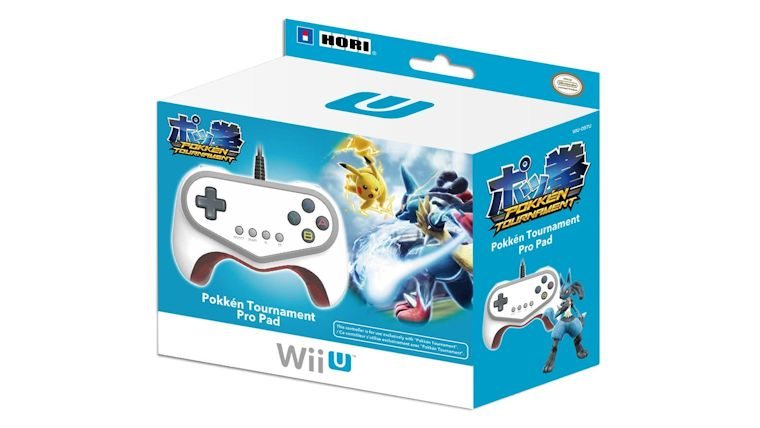 Pokemon have always been known for their fighting skills since the beginning, but Pokken Tournament has taken that in a much different direction in the arcade scene. With the game coming to Wii U in the Spring, a special controller was previously announced and now you can pre-order it.

The Pokken Tournament arcade cabinets in Japan utilize very unique controllers than what you would expect. Rather than a joystick, you get a D-Pad to move with, as well as face buttons to do the rest.

Just recently, it was revealed that Japan would be getting a version of this special controller for the home release as well. At that time, we assumed it would come to the US as well, but now that has been confirmed.

The officially licensed Hori Pokken Tournament Pro Pad Limited Edition Controller for Wii U is now available for pre-order on Amazon in the US for $24.99.

Interestingly, the controller has a listed release date of March 18, while the game still has no set release date other than Spring 2016. In fact, March 18 is the Japanese release date, which would make perfect sense for the US as well with it falling on their usual release date of Friday.

Regardless, this could every well end up being a hard to find item if it’s anything like the GameCube adapter, so I wouldn’t wait to pre-order just in case, though being from Hori should help with availability.