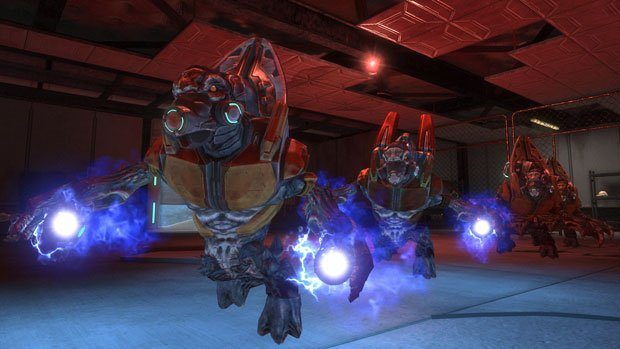 What could possibly be a better fashion to celebrate an update to one of the most beloved FPS games of all time than fireworks? How about deadly fireworks capable of taking out an entire group of Covenant infantry? That is exactly what you’ll be getting when you pre-order Halo: CE Anniversary with the “Grunt Funeral skull.”

Instead of the usual dull and uninteresting death animations that every Halo player has seen countless times, 343 Studios is planning on bringing more to the table than just re-vamped graphics with the addition of a skull that changes the dynamics of the Grunt altogether. When this skull is activated, each Grunt’s methane tank explodes when they’re killed, setting off a small explosion similar to that of a plasma grenade.  It’s common knowledge that Grunts are the most annoying, pack-oriented enemy in the Halo universe and seeing as how they tend to cluster together, it’ll be interesting to see how players use this feature to their advantage especially on more difficult settings. There will certainly be enough  explosive mayhem to whet the imaginations of YouTube enthusiasts for quite some time  after release. See, I knew Grunts would eventually be useful for something.

Still not enough to convince you to buy a game you already have? In addition, those players pre-ordering the game will also receive a suit of Master Chief’s infamous MJOLNIR Powered Assault Armor for their Xbox Live avatar. Halo: CE Anniversary will nostalgically drop on November 15 for a retail price of $39.99.

Check out a quick preview of the “Grunt Funeral skull” below: