The latest news in the world of video games at Attack of the Fanboy
February 14th, 2017 by Kevin Reyes 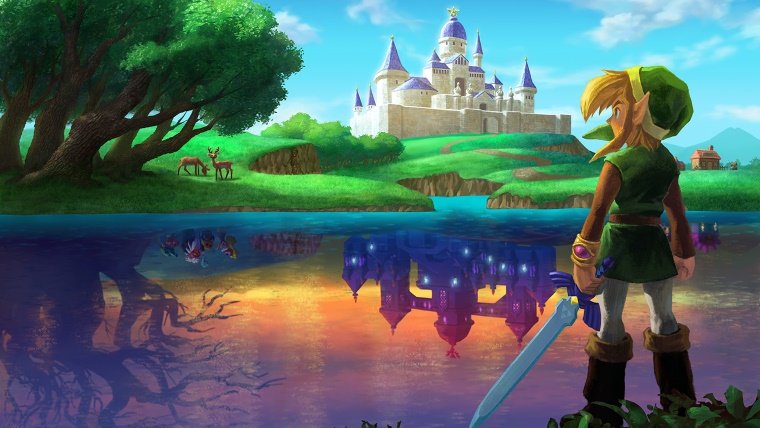 The Legend of Zelda franchise has always been one of Nintendo’s biggest system sellers and in just a few weeks the latest entry, Breath of the Wild, will finally hit shelves for the Nintendo Switch and Wii U after years of waiting and delays. However, despite how popular the franchise is, there’s always been a bit of a divide between the two kinds of games that the series creates — the 3D titles for consoles and the 2D games for handhelds.

While the two types of games share the same exploration and action gameplay that the franchise is known for, they also represent them in different ways. The 3D console games often have fully controllable cameras as well as more dynamic combat while the 2D games, even when they were rendered in 3D on the 3DS, have a fixed top-down camera similar to the earliest games in the series.

But the upcoming Nintendo Switch is the first console to try and achieve the middle-ground between console and handheld. So does this mean that we might see a 2D Zelda game arrive for the Switch in the future? In a recent interview with Game Informer, producer Eiji Aonuma says that it’s “definitely a possibility.”

“There are definitely good things about the 2D world and the playstyles of the 2D world,” he says to Game Informer. “There are a lot of fans who enjoy that style. This Nintendo Switch style, which is the evolved style of gameplay is not necessarily… I want you to think of it more as an evolved style of 2D style. For the 3DS team, I am trying to make them think in a more evolved 2D-style approach.”

Will the Nintendo Switch finally be the platform that unites the 3D and 2D Zelda fans? We’ll just have to wait and see what Nintendo has up their sleeves regarding the franchise once Breath of the Wild releases in March.