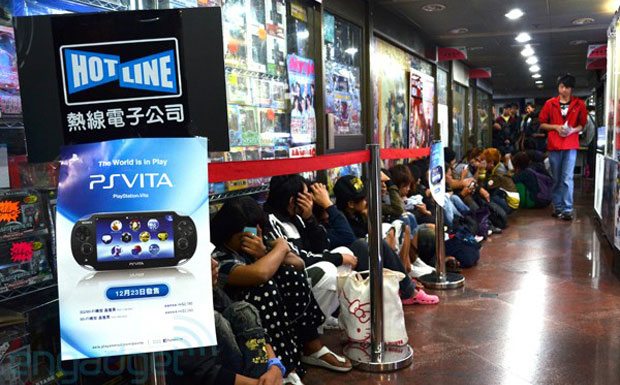 Pre-orders recently began in Hong Kong for the upcoming PS Vita handheld, and early reports suggest that demand is strong for the handheld in China.  Both retail and online outlets were reported to swamped my people trying to place their order for the upcoming handheld.

As reported by Engadget China, stores sold out within minutes of opening pre-orders with lines that had hundreds of Chinese fans and those looking to make a quick buck on the anticipation of a hardware shortage.  They did note that Sony limited the number of pre-orders that could be placed per person, but it didn’t help in the quick sell-out.

With strong demand in both Japan and now China, the PS Vita could be proving analysts wrong with its staggered worldwide release getting set to begin later next month.