The latest news in the world of video games at Attack of the Fanboy
March 14th, 2017 by William Schwartz 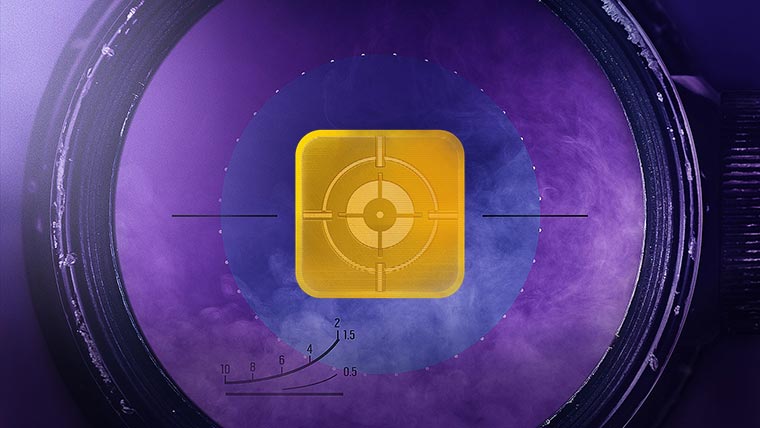 The latest update for Rainbow Six: Siege, which is dubbed the “Mid-Season Reinforcement” is set to arrive on Wednesday, March 15th.  In it, Rainbow Six Siege players will find a number of minor and major tweaks to the game, as well as some new purchasable items.

First and foremost, everyone’s favorite sniper “Glaz” is getting an upgrade to the scope on his weapon.  The sniper scope will now offer visual thermal feedback when aiming down sights.  Defenders standout, even when they are obscured by smoke.  Working in tandem with an operator like Capitao, Glaz can now peer through smoke to pick off unsuspecting terrorists.

Have you been seeing players standing out with unique costumes during the winner’s pose after a match?  Those are elite skins for the operators and Twitch is getting a new one that introduces a new design for her remote shock drones.  The Elite Bundle includes a uniform, headgear, operator card, title, charm, and signature victory animation.

Alongside these two additions, operators are getting tweaked, weapons are being balanced a bit, and there’s some other improvements as well.

Doc’s overheal is going from 120 to 140, so whether you’re using the item to boost yourself or a teammate they’ll have +20 HP to win a firefight.

Buck will also be getting something extra to bring to the fight.  He’s getting an extra magazine for this Skeleton Key gadget.

On the weapons balance front, sight reticles are getting smaller.  The DMR is being given a maximum trigger rate to prevent rapid fire cheese.  Echo’s Mp5SD2 will do more damage at medium range, Thermite’s 556XI will have better control, and Jackal’s C7E recoil is getting adjusted to be a little less accurate.  The Brazilian’s are getting a tweak as well.  Caveira’s Luison damage is getting buffed to be more consistent, and Capitao’s PARA-308 is getting buffed in terms of recoil.

Finally, a fix to ranked matches is coming that resovles the problem where a winning team would recieve zero ranked points.  More importantly though, Ubisoft is implementing an abandon penalty for exiting a ranked game during the final kill cam.