The latest news in the world of video games at Attack of the Fanboy
February 18th, 2017 by Jose Belmonte 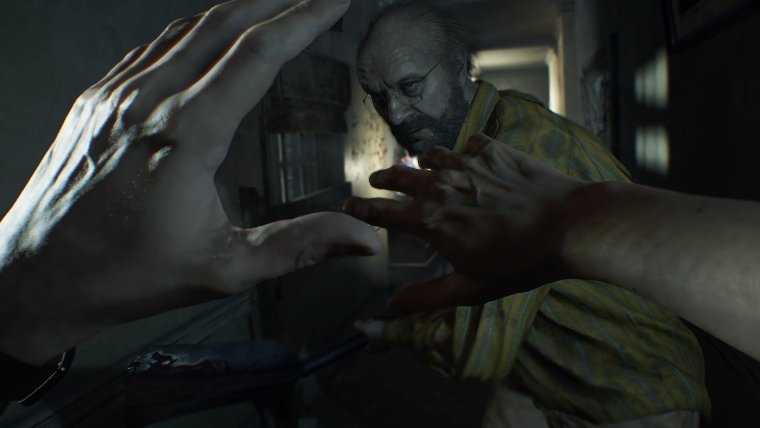 Resident Evil 7 was the top selling videogame in the United States during the past month of January, according to the NPD software report that has made public this week. But it was not the only new release in the top 10, as Kingdom Hearts 2.8 also secured a place in the top 10. Both games helped boosting software sales a 14% compared to last year’s report.

The latest entry in Capcom’s horror franchise had topped the United Kingdom and Japanese charts, so it was not a surprise that it did the same in the United States. Resident Evil 7 has regained public and critical acclaim, and while it hasn’t sold as much as the previous two entries, Capcom appears to be happy with the numbers and expects the title to keep selling in the long term thanks to the good reception.

The rest of the top10 consists mostly of past releases like Call of Duty: Infinite Warfare, the perpetual Grand Theft Auto V, or Battlefield 1, but we do get an RPG surprise in the form of Kingdom Hearts 2.8: Final Chapter Prologue at number 6in the overall rank and number 2 in the individual PS4 chart. Mix of new game and remaster, Square Enix’s title seeks to re-engage the public with the franchise before the arrival of the third main entry. And judging by the sales, they are achieving in their goal.

If we seek other new releases we need to get to the PlayStation 4’s best sellers list, where we find Tales of Berseria at number 9. Sadly, other PS4 exclusives like Gravity Rush 2 or Yakuza 0 did not sell enough to appear in the charts.

As for the general notes, software numbers grew 14 percent to $313 million, due to the fact that January 2016 did not count with a big release like Resident Evil 7. Also, while we knew that PlayStation 4 was the best selling platform during the month, it’s now been revealed that the PS4 Slim 500Mb version with Uncharted 4 was the top-selling bundle for the fourth consecutive month.