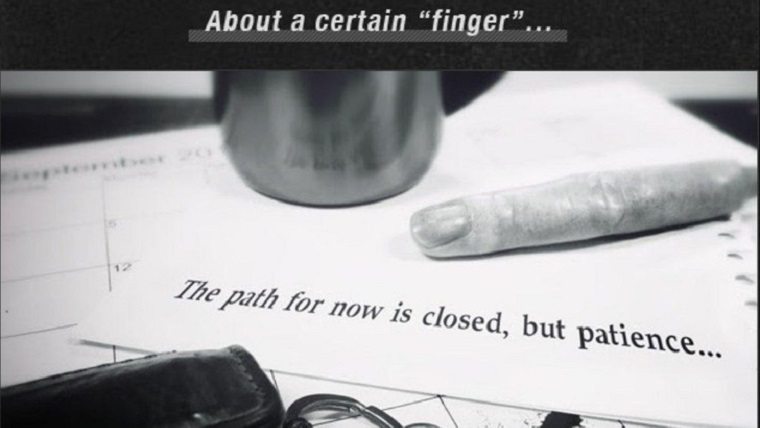 However, developer Capcom has sent an email to fans, teasing fans about that same dummy finger. The image reads, “About a certain “finger”… The path for now is closed, but patience…”

This would seem to suggest that there really currently is no use for this dummy finger, but that a use may be coming in an update. Will Capcom be adding on to this demo in the near future? Who knows?

As it stands now, there are currently two endings that are available within the demo, though one of them has slight variations to it. There is also an axe that can be acquired that doesn’t really have much of a use, so maybe a potential update would reveal that, as well.

The Resident Evil 7 Biohazard demo is available to download now for free, though the full game will launch on January 24th, 2017.