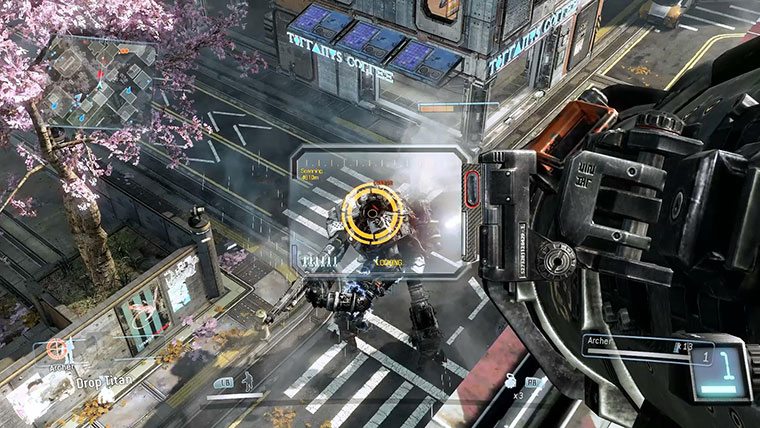 This weekend a number of people were selected to participate in a closed alpha test for Titanfall on the Xbox One.  As you would expect, those people leaked copious amounts of gameplay footage for the game.  The good news for Respawn is that they’ve been getting a lot of positive response from what was shown.

The bad news is, the leaked alpha test gameplay footage that’s been making the rounds has prompted many questions from fans about the game’s A.I.

Fielding fan questions on Twitter, Abbie Heppe revealed that you can’t adjust the aggressiveness or difficulty of the grunt A.I. that populates Titanfall.  And no, they are not cloud-based as it was assumed.  (Update: Respawn actually offered clarification on this.  It appears that the A.I. IS actually powered by the cloud. You can read more about how Titanfall uses the cloud.)    Heppe did reveal that there are number of different types of AI as well.

From what it sounds like, the way that A.I. is intertwined with the cloud processing for the game is probably a little too complicated to convey in 140 characters via Twitter.  While fans are definitely clamoring for more information about this upcoming game, we’re probably going to have to wait for further clarification.

A common thread that’s been seen in many of the impressions posted to the web is that these AI squad members definitely give Titanfall the feel  of being a much larger experience than 6 on 6.