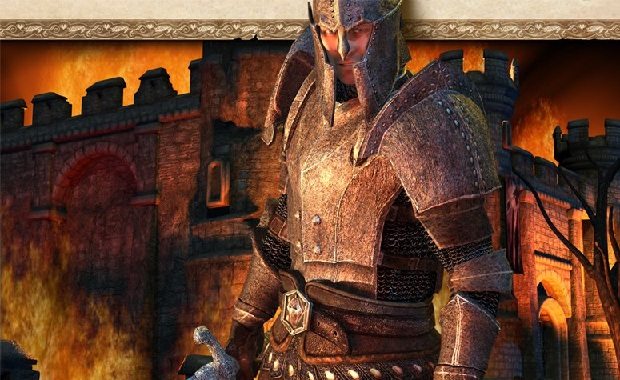 The Elder Scrolls V: Skyrim has made it’s way into many gamers’ homes, and the reviews confirm all the hype that was fed to us since it’s announcement. Of course before Skyrim, there was Oblivion which laid the foundation for the game and quest mechanics of Skyrim. So in order to appreciate the roots of an amazing game and franchise, I’m going to take a look back at The Elder Scrolls IV: Oblivion.

Oblivion was an absolutely astounding game for its time. The world was massive and beautiful, the AI followed a schedule, guilds were bountiful and you could spelunk until your fingers fell off. It’s long lasting appeal however, creates a mixed feeling. Though the game is still solid, some of aspects seem overly generic now. The combat system is fun but repetitive and the leveling system is broken in both player leveling and monster/ally leveling.

The graphics and visual appeal is also greatly diminished. Draw distance feels very small and certain low-res textures contrast heavily with the rest of the world and can push away your sense of immersion. One of the strangest aspects of the game is the zoom-in on the character’s faces when you talk to them. It really shows the aging of Oblivion and can be downright awkward.

Regardless of Oblivion‘s problems, it still holds itself as a great adventure. The random events, main quest storyline and interesting hidden treasures are still a blast. It’s the exploring and finding caves, goblin tribes, broken villages, special weapons, ancient ruins or small groups of deer that adds a big sense of immersion is Oblivion (and that Skyrim does even better). Even with a combat system that’s a bit stale it never gets hold watching a mudcrab run away from you or your loyal fan become a living catapult off the numerous mountains.

As with many open-world games, Oblivion is broken in places yet manages to pick itself up by adding some smaller details that are quickly appreciated and allow for fun where developers didn’t even intend it to exist. Though The Elder Scrolls IV: Oblivion may not be a perfect game, it still deserves a look at and possibly even a purchase for fans of Skyrim who haven’t played it.

Now back to Skyrim.

What’s your favourite Elder Scrolls game? Let us know below.