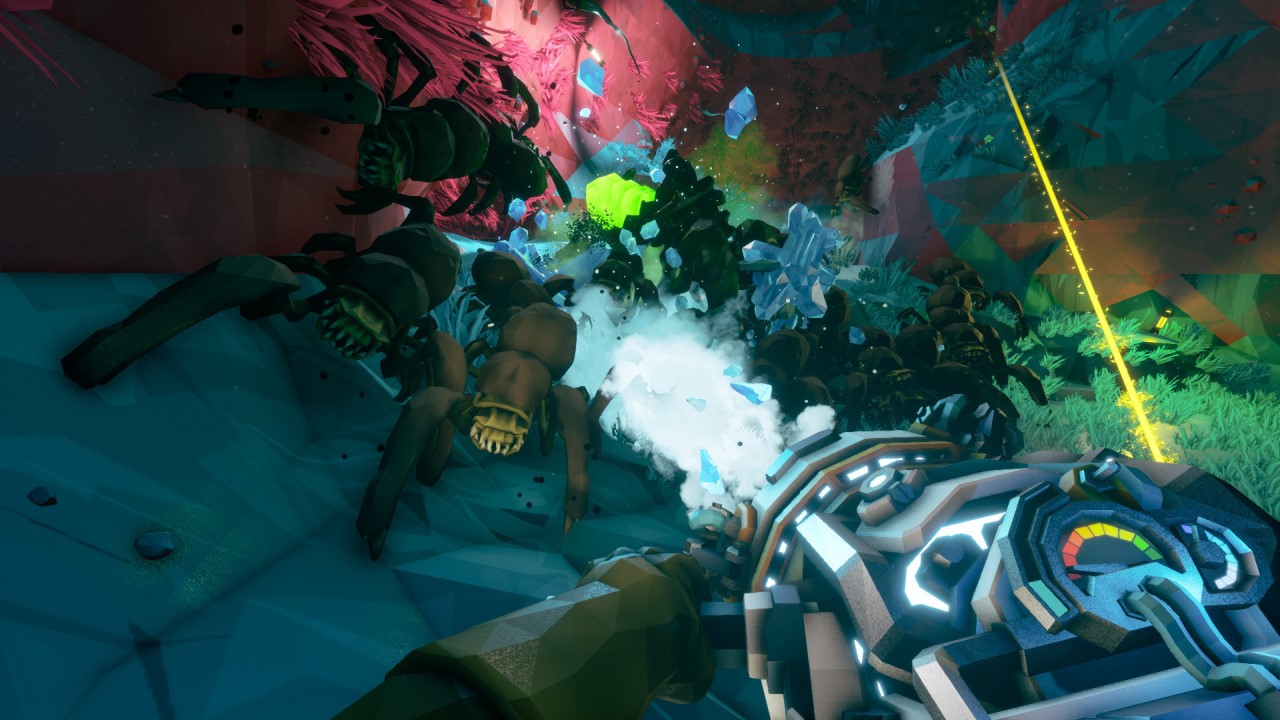 Deep Rock Galactic is easily one of the best games to come out of Steam’s Early Access in the last few years, and it appears developer Ghost Ship Games’ hard work has paid off. Earlier today the team announced their cooperative dwarf survival shooter-miner has completely crushed their expectations, having blown up in popularity since its launch back in May of last year.

Ghost Ship Games confirmed today that Deep Rock Galactic has hit the motherlode, having sold over 2 million units since it entered Early Access back in 2018. To put that number in to perspective, the team shared a giant infographic breaking down total units sold, average play time, and just about every other relevant and irrelevant stat you can think of. According to the developers, they “. . . reached an internal agreement that 200,000 units sold during the game’s lifetime would be suitable, and would allow [them] to continue and do a new game.” They easily broke that barrier in 2018 alone when Deep Rock Galactic sold 501,312 units, but to go on and top their goal ten times over? I’d be patting myself on the back too.

Another interesting metric from the statement today: the average daily active playerbase for Deep Rock Galactic on Steam alone increased to 46,300 in 2020, up from 17,047 in 2019 (the game is also on Xbox One, by the way). More entertainingly, Ghost Ship Games shared the total number of deaths in 2020 across both platforms, and it seems I’m not the only person to accidently murder myself and my team with a satchel charge (they estimate over half the 7+ million friendly fire deaths occurred in this manner). Don’t worry, I since moved on from the Driller to the Gunner.

You can check out the full statement from Ghost Ship Games over on Deep Rock Galactic’s Steam events page here. I absolutely adored the game when I reviewed it last year, and while I haven’t had the time to jump back in in recent months the upcoming Update 33 has certainly caught my attention. Best start working on my mining arm again.