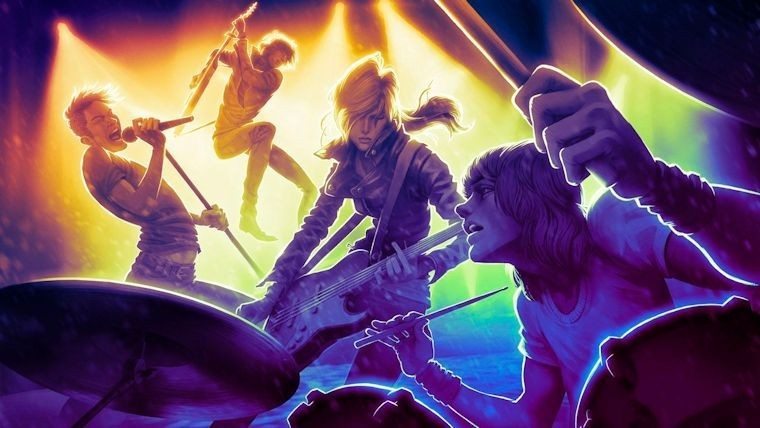 Harmonix made some big waves when they announced that their upcoming game Rock Band 4 would support a good portion of the old plastic instruments that fans bought for the last three games. Pretty much as long as the controller is wireless it will work with the new game. This is plug and play on PS4, where the controllers will sync as normal, but on Xbox One you’ll need a special adapter that will tack an additional $20 onto the price tag.

The regular, disc only version of Rock Band 4 will cost $59.99 on PS4 and $79.99 on Xbox One. This added price comes from a special adapter that will allow you to use your older wireless controllers on Xbox One. In the FAQ for the game Harmonix explains, “the Legacy Game Controller Adapter enables you to use most of your Xbox 360 Rock Band wireless guitar and drum controllers, and most third party wireless instrument controllers with Rock Band 4 for the Xbox One.

“The adapter plugs into your Xbox One via USB and wirelessly supports up to four controllers simultaneously. With the Legacy Game Controller Adapter, players are able to use most of their existing wireless Xbox 360 guitar and drum controllers from Rock Band 3, Rock Band 2 and Guitar Hero titles on Xbox 360.”

You can see a full list of the supported controllers right here. As far as why the Xbox One version requires this adapter, while the PS4 version doesn’t, Harmonix says “With Xbox One, Microsoft updated the wireless connectivity security protocol that exists between wireless controllers and the receiver on the console. Because of this, wireless Xbox 360 controllers and accessories aren’t natively compatible with the Xbox One.”

If you buy the Rock Band 4 Band-in-a-Box edition you won’t be charged extra though, since it will come with the new controllers, making the adapter unnecessary. Rock Band 4 launches on October 6th for PS4 and Xbox One.