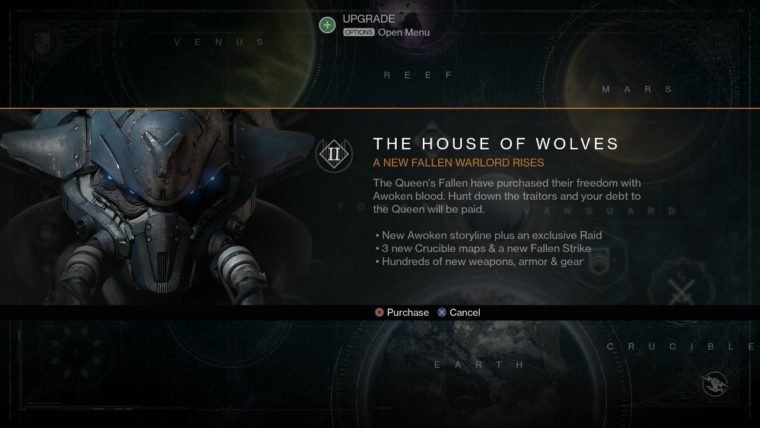 According to a post on Reddit by user megamanexe4, Destiny’s second DLC expansion House of Wolves will be released on May 19th. Along with this the user, who apparently doesn’t speak English well but was able to translate his findings enough to get the info out, produced some compelling images of the weapons and gear that players will find in the latest expansion. These items will help players reach the new light level cap, which is allegedly being raised to 39 from its current 32.

All of the images come from the Japanese version of Destiny, causing fans to have to do some translating to piece together all of the information. This has resulted in a bit of speculation and mistranslations, so take the information as a complete rumor at this point. However, we know that House of Wolves is coming relatively soon, so the May 19th date isn’t out of the question. 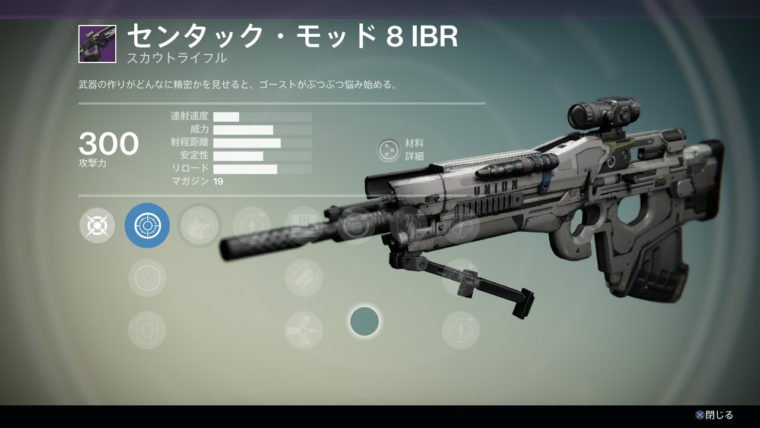 As far as the items contained in the DLC, the images are rather convincing. The intro description pictured from the game describes the contents of House of Wolves as:

The word “hundreds” has been of particular interest to fans who might have felt like the last DLC expansion, The Dark Below, didn’t introduce enough new elements to the game. The items shown on the Reddit post seem like they might help add some variety to Destiny while fitting well within the bounds of the current inventory. A Scout Rifle was shown that featured a fairly high amount of Impact compared to other guns in the game, indicating that Bungie is experimenting with varied stats rather than just upping the base damage.

If the rumors turn out to be true then Destiny: House of Wolves will launch on May 19th for PS3, PS4, Xbox 360, and Xbox One.