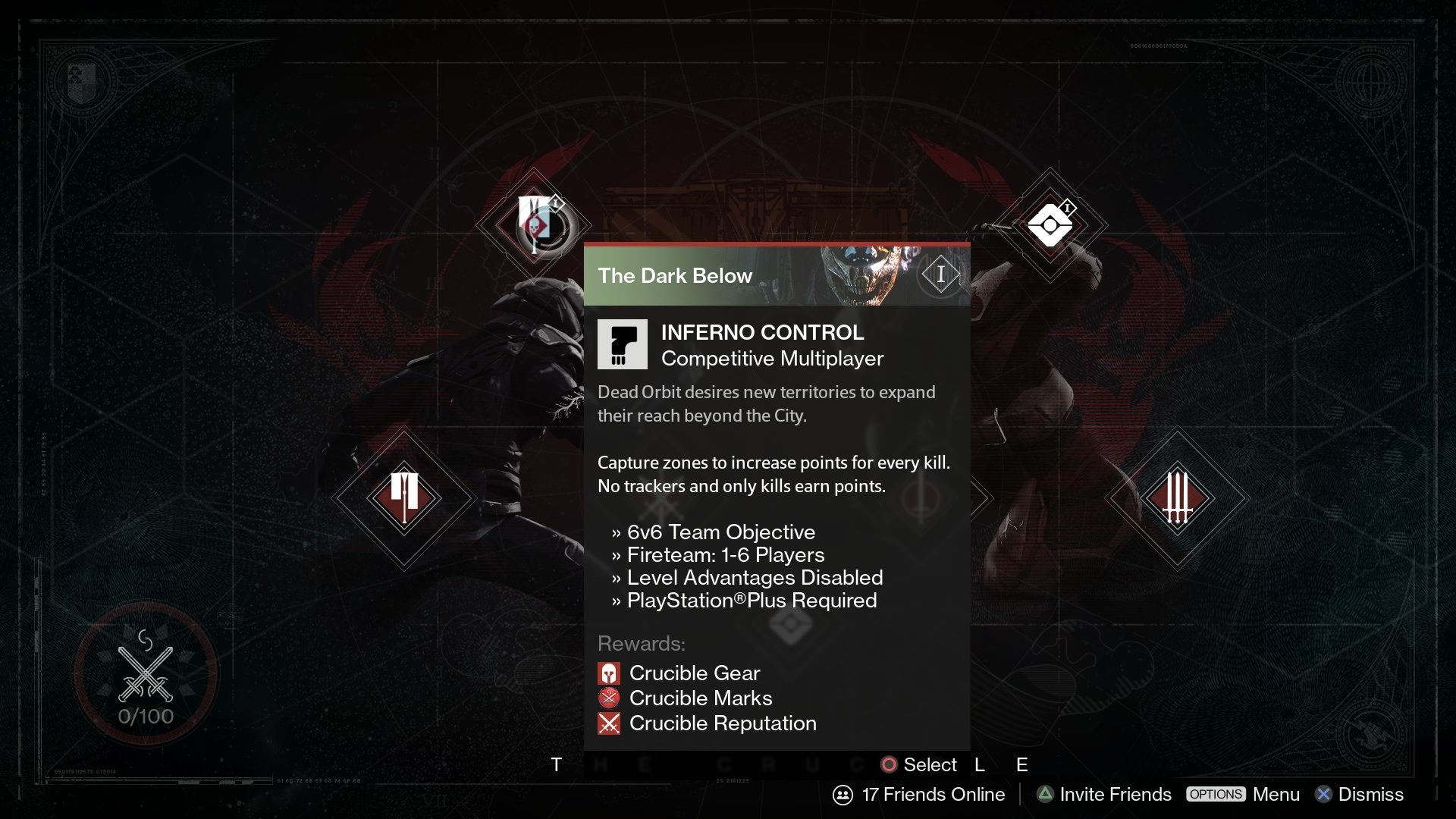 It seems more Crucible action is coming to Destiny in the coming weeks leading up to the release of the House Of Wolves expansion. Inferno Crucible mode has been found to be hinted at in a few Grimoire cards by fans prior to it’s official announcement. Now comes a few images of some data that was mined from the game itself via Reddit user Megamanexe4.

The user is well known in the Destiny Subreddit to come across some interesting details about upcoming or unannounced content. Inferno Crucible looks to include a few different modes, the first being Inferno Control that has two teams of 6 face off with no level advantages to capture control zones to make enemy kills worth more points, all that with no trackers (radar). The next is Inferno Clash, which is Clash (team deathmatch) without radar, so it is very akin to hardcore team deathmatch. Finally, there is Inferno Salvage which will presumably release alongside the House Of Wolves expansion, as it requires it. The mode will have players capturing relics and earning kills while doing so to outscore the other team and again, with no radar. No more waiting around a corner with a shotgun watching your map for enemies it looks like. The post also mentions release dates associated with the various playlists, but there is no word on Inferno Salvage.

Quite a bit of Destiny rumors to take in, so it is wise to take it with a grain of salt despite the images that look very real. If the first Inferno mode is set for March 3rd, we should look forward to hearing about it soon from Bungie.