The latest news in the world of video games at Attack of the Fanboy
March 28th, 2018 by William Schwartz 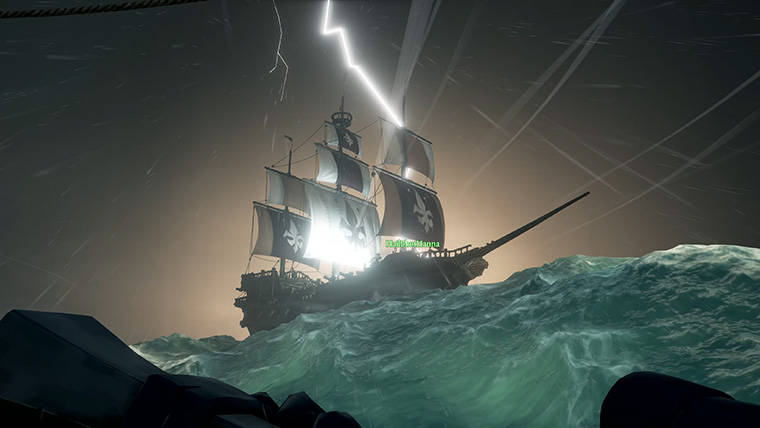 Sea of Thieves may not have impressed critics, but the game has quickly become one of Microsoft’s best-selling games of the generation.  With one million players at launch, apparently that number has doubled since then.  Microsoft revealed the achievement in a thank you note on the Xbox blog.

“The worldwide excitement for Sea of Thieves has made it the fastest-selling first party IP of this generation,” according to Craig Duncan of Rare.   Having witnessed more than a million players on launch day, our community continues to grow and now has more than two million players.

Given that the game was included in the Xbox Game Pass, you’d think that this would’ve had to contribute to this success.  It turns out this “Fastest Selling IP” achievement did not include those Game Pass subscriptions, according to Aaron Greenberg.

Sea of Thieves has had somewhat of a rocky launch.  From connection issues with the game since launch to a general consensus that the game lacks in content, it’s a “love it or leave it” title.  Recently, Rare shelved the idea of adding a “Death Tax” into Sea of Thieves after player backlash.

A recent update to Sea of Thieves went live with patch 1.0.1 that fixed a number of bugs and performance issues.