Sea of Thieves' controversial feature appears to be cancelled 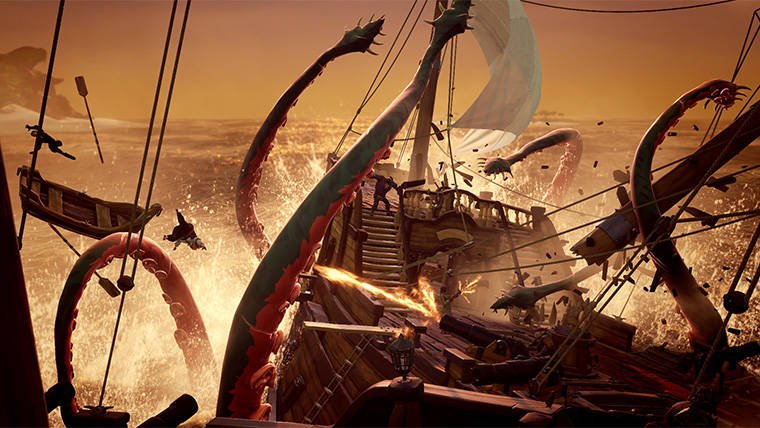 The developers of Sea of Thieves recently came under fire from the game’s community after announcing that they’d be introducing a “Death Tax” in the game.  Rare’s plan was to implement a new system in the game that would require players pay a gold toll upon dying.

The feature drew a negative response from fans, and apparently that backlash was so severe that Rare has decided to shelve the feature.  In a statement from the Executive Producer on Sea of Thieves, “Letting everyone know we’ve heard the feedback and the proposed ‘Death Cost’ in Sea of Thieves is, well, dead.  We messed up with the messaging around this, and it’s now gone.  Thanks for the honest feedback & discussion on this.”

In a series of tweets, Joe Neate touched a couple of topics that Rare will be looking to address in future updates.  Neate acknowledged the griefing problem in Sea of Thieves and says that Rare is “Aware this is a problem, discussing it and potential solutions.”  The good news is that Rare is looking to address the problems that a lot of players have with the game.  The bad news is that with so little to do in the game in its current state, you can’t really blame players from getting their money’s worth in making their own fun.

Unfortunately, the reception for Sea of Thieves hasn’t been that great.  The game is currently rated by critics at 70 on Metacritic, with user reviews being quite lower at 5.5.  If you want our take on Sea of Thieves, check out our review.  In it we cite a lack of content and customization as big reasons why the game is lacking.

While it’s not the reception that Microsoft and Rare hoped for, there’s still potential to build on to this world in meaningful ways and that starts with continuing to listen to the community.