Shin Megami Tensei V Will Be Made To Reflect The Times 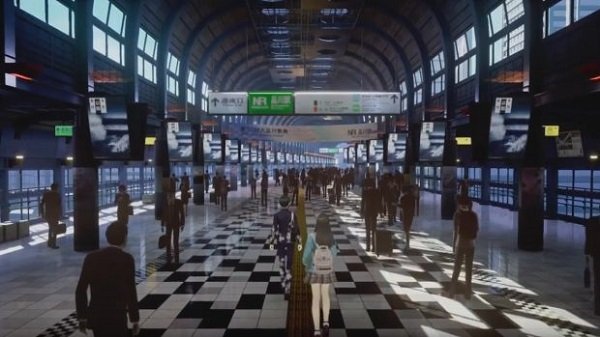 Shin Megami Tensei V was officially announced yesterday and now thanks to a recent interview with producer Kazuyuki Yamai in Weekly Famitsu, we now have some more information about Atlus’ latest SMT title.

Check out some of what he had to say about Shin Megami Tensei V below:

— One of Atlus’ goals with Shin Megami Tensei V is to get people to take another look at the “characteristics of the times.” Yamai says there are likely many who are frustrated with unemployment, uneasiness about life in retirement, terrorism and nuclear weapons other troubles both at home and abroad. He wants to make a Shin Megami Tensei that sympathizes with these current times, and that is the challenge.

— The keyword “Shekinah Glory” that appeared in the trailer literally translates to “God’s Miracle.” Yamai notes when you actually play SMT V and have those keywords in your head that you’ll be able to grasp their true meaning.

— Shinagawa Station is a spot that we often see depicted as part of Tokyo. It will also be in the game’s story.

— This will be the first time Atlus makes a game in Unreal Engine 4. This brings a complete change to the company’s environment to create games, so now that it allows them to create something and immediately check it out on the game screen, it gives the creators more time to spend on coming up with ideas and trial-and-error. Yamai says he’s truly glad they were introduced to UE4.

— Yamai also shared his love for the Nintendo Switch hardware and its ability to let you play HD quality games and also freely play on the go.

— Demon fusions and other classic elements will be in the game. Atlus is also experimenting on brand new elements.

— Yamai says that in terms of development progress, Atlus hasn’t even reached a point where it could say “Coming soon!” so please wait a little while longer.

Shin Megami Tensei V is in development for the Nintendo Switch.

In case you missed it, check out the announcement trailer below: