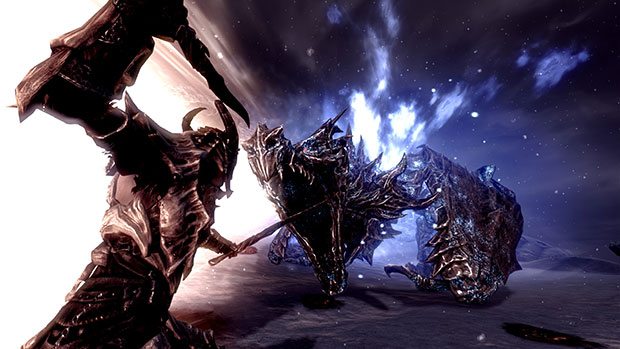 The Elder Scrolls V: Skyrim had a one month exclusivity window on the Xbox 360 that would have ended yesterday.  However, the Skyrim Dawnguard DLC has not arrived on either the PS3 or PC platform.  According to Bethesda, the company has not announced any intentions to release the content on either platform.

“We have not announced Dawnguard for any other platform, nor given a timeline for any such news,” said Pete Hines from Bethesda’s marketing team.  Patches are set to arrive on the Xbox 360 and PlayStation 3 in the coming weeks that should prep the platforms for Skyrim Dawnguard, and that could open a window of opportunity for Bethesda to release the content on other platforms.

It was thought to be a certainty that Bethesda would release Skyrim Dawnguard on other platforms immediately following the conclusion of this exclusivity period, but it looks like the company is content with taking their time with it.   Whether that be for quality control issues or other reasons, it’s unclear what is causing a delay in this release.

Hopefully, Bethesda is readying an announcement and can give clarification on when the content is arriving on other platforms.  Having seen numerous issues with the PS3 release of Skyrim, PlayStation adventurers have not only battled their way the reign of Alduin but with their own patience as well.