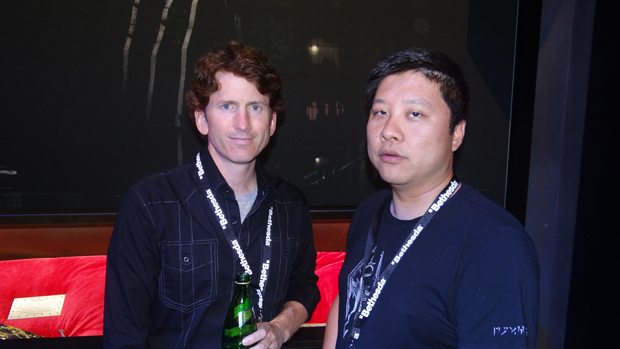 The Elder Scrolls franchise has always had a great modding community.  This has been amplified further with their latest release of The Elder Scrolls V: Skyrim, due to a more streamlined set of features between Bethesda Game Studios and Valve.

Unfortunately, there are alot of Elder Scrolls fans that have never played the game on PC, which is the only place to experience a wide ranging list of enhancements and tweaks to the Bethesda’s RPGs.

In a recent interview with Kotaku, Todd Howard of the studio explains how he would like to see mods on consoles.

“If I ran the video game world, all consoles would be exactly the same way as PCs,” Todd Howard explained.

Bethesda has been busy doing a bit of Skyrim modding of their own since the game’s November ’11 launch.  Since then, the studio has added numerous tweaks to the gameplay through various updates to the game on consoles.  Horse Combat, Kill-Cams, Kinect Voice Functionality and other features have been added to the game on the fly.

Later this summer, the studio will ship its first expansion pack for the game with ‘Dawnguard’, but who knows, maybe next generation Todd Howard and co.  will get their wish.