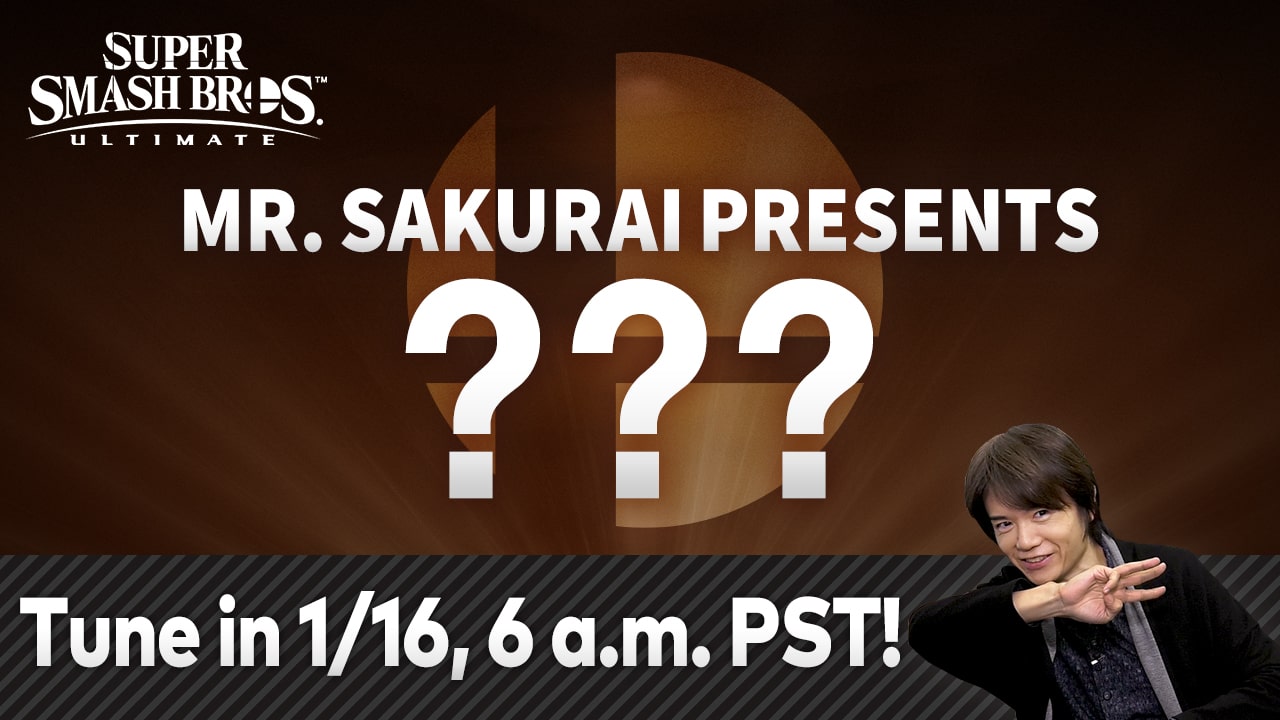 Super Smash Bros. Ultimate’s fifth DLC fighter will finally be revealed in an upcoming livestream scheduled for January 16 at 6 AM PST. Director Masahiro Sakurai himself will unveil the mystery character and detail their moveset, similar to previous presentations with DLC fighters like Hero, Banjo-Kazooie, and Terry.

Join Super #SmashBrosUltimate director Masahiro Sakurai on 1/16 at 6am PT for a roughly 35 minute video livestream featuring an in-depth look at an upcoming DLC fighter, which he will unveil in the video! pic.twitter.com/aOz0ilAiXU

Smash Ultimate’s fifth DLC fighter has been a contentious topic for many. Guesses and hopes are all over the place, ranging from Master Chief, to Geno, to the Doom Slayer. Unlike previous DLC fighters, nothing concrete has been leaked as of yet, so the presentation should be an interesting one. Considering the final fighter for the current Fighter Pass is slated for release by February 2020, it’s highly likely that the mystery character will be released either right after the presentation, or shortly after in the coming weeks.

The stream will clock in at roughly 35 minutes long. You’ll be able to watch it on Nintendo’s official YouTube channel.