The latest news in the world of video games at Attack of the Fanboy
April 27th, 2016 by Scott Grill 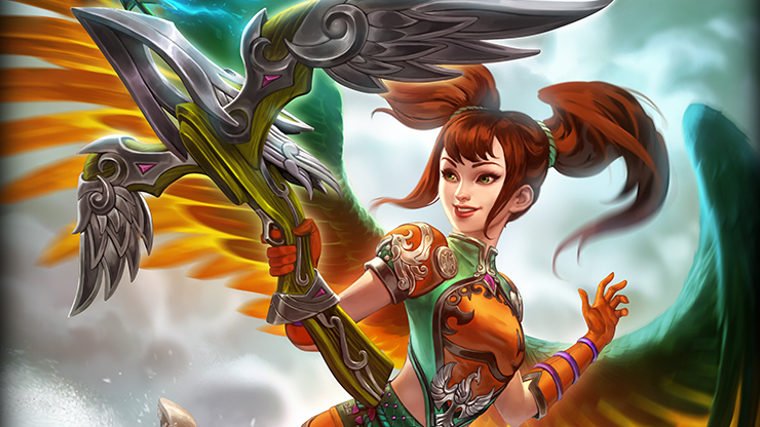 The console version of SMITE can now engage in the Escape from Underworld event. The PlayStation 4 and Xbox One versions of the third-person MOBA have received the 3.6 update, which brings the limited time event, a new god, and the permanent emplacement of 60 frames per second gameplay.

The Xbox One was updated with the 3.6 patch Tuesday, while the PS4 received it Wednesday.

The “Escape from Underworld” event gives the SMITE Arena game mode a hellish refresh. The map descends into the fiery pits of hell, but it is more than just a graphical refresh. The end of each match includes a bonus round set in the center of the arena, surrounded by lava. Gods from the two teams will brawl until only one side remains. The winner of the bonus round gains additional worshippers regardless of whether they won or lost the main match.

The bonus round will favor Gods with the ability to knock back or throw opponents. The lava around the arena does do damage over time of around 500 points per tick for those caught in it. So, this changes up tactics a bit during the round.

New quests have been added for the SMITE Underworld event. These quests will provide rewards like the new Trapped icon and the “From the Nether” music theme. Additional items will be added in the 3.7 patch.

Jing Wei: The Oathkeeper is the new God added to the Chinese Pantheon with the SMITE 3.6 update. She is a hunter type and comes equipped with a crossbow that can fire explosive bolts as one her abilities. Her passive allows her to fly for five seconds when leaving the base. Her ultimate is called “Air Strike” and allows her to fly forward and upward while covering the area below her in explosions. She then hovers for 2 seconds giving the player the opportunity to target where she will land.

Console specific additions with this patch include making 60 fps the default for PS4 and Xbox One players going forward. Hi-Rez Studios introduced an option for the higher frame rate in the 3.5 patch, but now it is permanent. Some console specific bug fixes are also included, but you can check out that list along with all the other additions in the 3.6 patch notes.