The latest news in the world of video games at Attack of the Fanboy
May 23rd, 2016 by Scott Grill 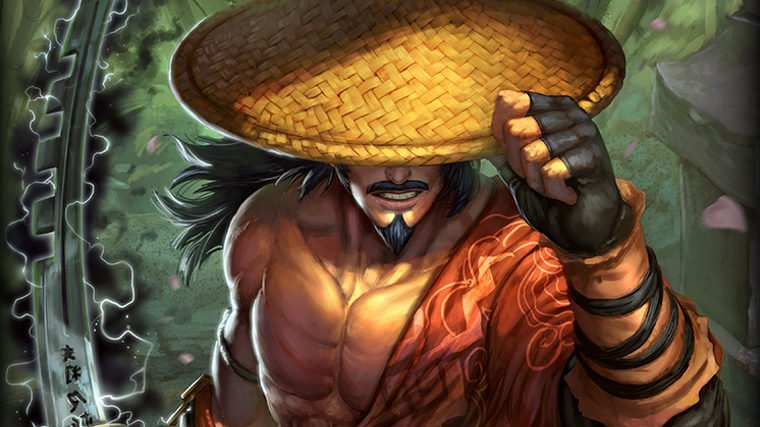 The PlayStation 4 version of SMITE was brought up to par with the Xbox One and PC versions Monday with the release of the 3.8 patch. This brings Susano and the huge conquest map changes to PS4 players and finally mixes in support for Trophies.

Xbox One players have enjoyed the new patch since Wednesday of last week. The change specific to both consoles is a new option to control camera pitch, according to the official patch notes. The PS4 version has run as an open beta for several weeks now and players can finally hunt down Trophies to complete in-game.

Interestingly, the SMITE community has grown to over 20 million players, per a Twitter post from Hi-Rez Studios President Stu Chisam. The number of players has jump 6 million since January 2016 with the PS4 version launching a closed beta test in early March before opening up to everyone on March 22.

As previously covered, SMITE 3.8 adds the Japanese assassin Susano to the roster of mythological gods. Based on the Japanese god of the Summer storm, he commands the weather to do damage to his enemies while also wielding a giant sword.

The Conquest map changes will have the biggest impact to SMITE in the 3.8 patch. Hi-Rez Studio is responding to feedback from players following alterations made for Season Three of the third-person MOBA.

Other notable changes include a new passive to the Bloodforge item that gives a significant buff. Killing an enemy god with the item equipped will grant a shield with health equal to 200 plus 10 per play level for 20 seconds. Additionally, players gain a 20 percent movement speed buff while the shield is active.

Wind Demon also received a new passive. The item now gives a 20 percent bonus attack and movement speed for 5 seconds when you land a critical hit.

The console versions of SMITE won’t be at parity with the PC version for long. The 3.9 patch is expected to land on the PC platform soon with a Viking theme.