The latest news in the world of video games at Attack of the Fanboy
December 4th, 2011 by William Schwartz 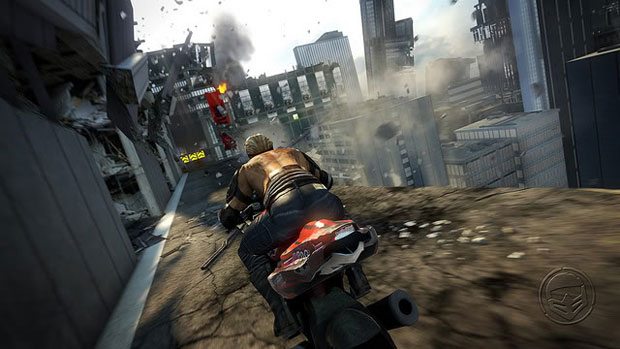 Motorstorm: Apocalypse launched earlier this year, and by most accounts was a pretty decent racer on the PlayStation 3.  The events surrounding the earthquake in Japan and issues with the PlayStation Network put developer, Evolution in the hot seat after facing so many hurdles in getting the game to market.  According to a recent interview with Evolution Studios’ Head Developer, Matt Southern, he thinks the Motorstorm team only survived because of Sony’s support throughout the process.

In the interview with Eurogamer, Southern explains the circumstances that lead to the near collapse of the developer.

“It’s been quite a tough year for us, especially early on.”  We made a game we’re really prooud of and for some really heartbreaking reasons things didn’t go so well.”  I was worried it might be the end of Evolution,” said Southern.  “Racing has had a very tough time, even without extraordinary circumstances like the ones we went through.”

With a tip of the hat to Sony, Southern claims it has been an “absolute joy to have been a part of Sony”, when you look at the fates of other recent racing centric studios like Bizarre Creations (Blur,Project Gotham) and Black Rock (Split Second).

Motorstorm RC was recently announced for the PS Vita, and Southern claims that the team developing that is a portion of the developers that worked on Apocalypse.