Sony Is Treating Destiny As One Of Its First Party Games 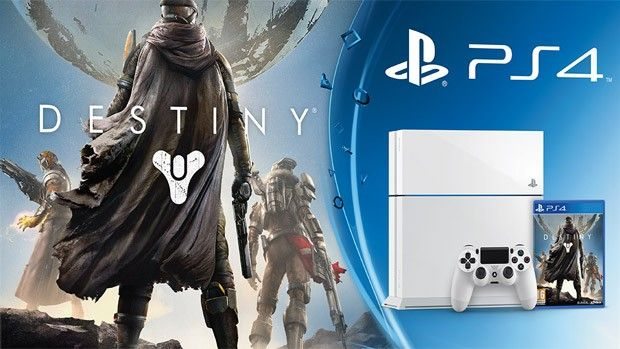 Today finally brings up the much awaited release of Bungie’s latest gaming giant, Destiny. Almost creating its own kind of genre within game, Destiny looks to be a smash hit from day one. Unlike Bungie’s Halo series that was an Xbox exclusive, Destiny is multiplatform across Sony and Microsoft consoles, but Sony is still basically treating it as a first party game, according to a Sony head.

In an interview with Eurogamer, Sony UK head Fergal Gara discusses how he considers the game a first-party titled based on the level of marketing they’ve put into it.

“We’re treating it, for all intents and purposes internally, as if it’s a first-party release. We’re wrapping our arms around it on all levels of the organisation. It’s a special project and an important project and it has the power to launch Christmas. It’s hugely important.”

This is certainly an interesting stance to take, especially considering that the Xbox One has been doing its own marketing push for the game, including the funny perfume ad for the game recently. However, Gara believes that their marketing will make the game synonymous with the PlayStation 4.

“I think a lot of people are going to decide now is the time to go and buy a PlayStation 4 because this very ambitious project has come along that looks exciting. Yes, it’s fantastic to have the exclusive content and the co-marketing, but it’s more than that. It’s a parallel track we’ve ridden together to get to this point. It’s a lovely synergy that we’re also going to have big milestones and set records next week.”

Gara also believes that this week will lead to the largest sales of PlayStation 4 consoles since last December, but we’ll have to wait and find that out for sure in the coming weeks.