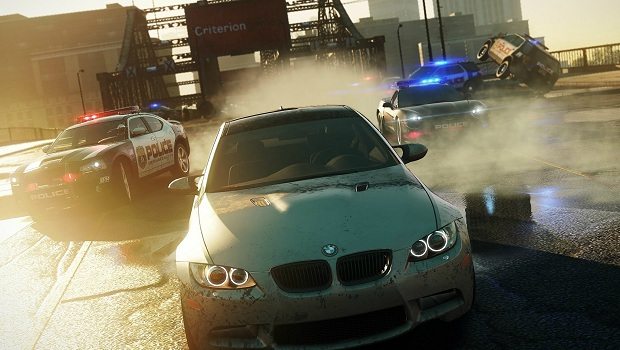 Once fierce racing genre competitors, Criterion Games, which has developed the Burnout series in past years, is now taking complete control of racing’s most popular franchise in Need for Speed.

Criterion VP Alex Ward spoke to Game Informer to reveal the developer’s plans to take the Need for Speed series in a different direction. Rather than follow EA’s plan of releasing a yearly Need for Speed installment, Criterion will try and prevent the franchise from becoming a title that is consistently oversaturating the genre and market.

“Maybe it’s been that way in the past, but that’s changed this year with what we’re doing,” said Ward. “Our stamp’s going to be in everything you see in Need for Speed and Burnout going forward in the future. It’s not going to be spread anymore across different companies. Different studios have had a crack at it – it’s definitely a Criterion gig now.”

Ward did not state how development of the Need for Speed series would affect that of future Burnout games. The Burnout series has seen a total of eight games thus far, the last being Burnout Crash! which was a digital exclusive released on Xbox Live and PSN in 2011. Ward did mention that in terms of making another Burnout game, he “thinks about it all the time.”

Currently, Criterion is working on the reboot of Need for Speed: Most Wanted, which is set to release October 30th for the Xbox 360, PlayStation 3, and PC. The original dates back to 2005 when it served as one of the Xbox 360’s launch titles.