Splinter Cell 6 getting back to its “roots”

The latest news in the world of video games at Attack of the Fanboy
March 23rd, 2012 by William Schwartz 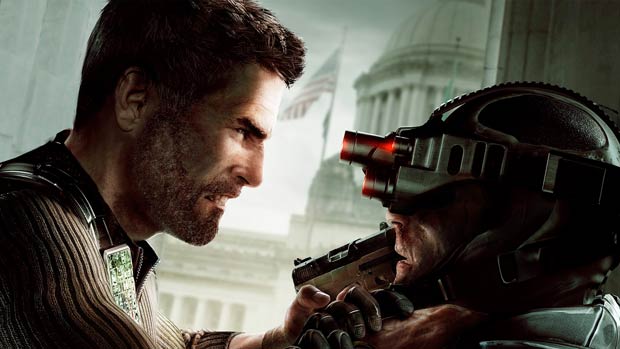 The next installment of the Splinter Cell franchise is on the way, although Ubisoft Toronto has yet to officially announce the game.  A leaked release schedule listed the next Splinter Cell title as Splinter Cell: Retribution, and studio head Jade Raymond recently talked briefly (see teased) about how the game will differ from Splinter Cell: Conviction.

“It will have all of the action flick elements for sure, but we’re trying to also explore something a little bit more interesting that is actually one of the themes that’s at the root of the franchise historically, but never has been surfaced so much,” Raymond told CVG. “I can’t really say more on this!”

Historical roots for Sam Fisher & co. to explore?  What could it mean.  Hopefully it means getting back to the traditional Splinter Cell multiplayer modes which many long-time fans didn’t want to see scrapped in Conviction, but it doesn’t sound like it at all.

E3 could be the perfect spot to announce and showcase the upcoming title, then again, tomorrow would be great too.  We’ll have to wait for the announcement from Ubisoft Toronto.

Home / Game News / Splinter Cell 6 getting back to its “roots”