The latest news in the world of video games at Attack of the Fanboy
February 2nd, 2015 by Damian Seeto 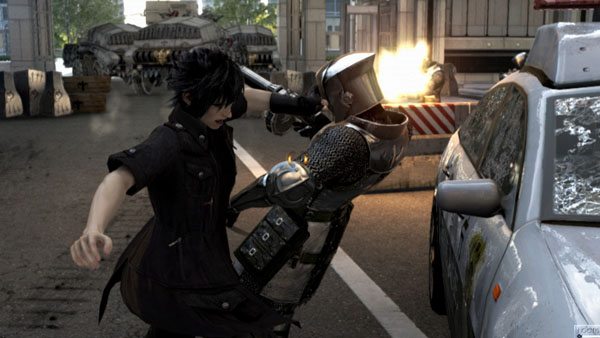 Final Fantasy XV is such a huge project, Square Enix is outsourcing some work to other companies to assist them.

As reported by Nova Crystallis, Square Enix announced at the Taipei Game Show over the weekend it has partnered up with XPEC. XPEC is a Taiwanese company that will help finish off developing Final Fantasy XV.

Final Fantasy XV director, Hajime Tabata, said it was important to collaborate with XPEC. He described the game as a “large scale project” and it was necessary to have XPEC there to help them finish off its development.

XPEC themselves explained it was an honor to work on a project like Final Fantasy XV. They said most of the staff are big fans of the Final Fantasy series. XPEC were responsible for working on the train station level that was revealed over the weekend. They couldn’t show much footage though as they are heavily involved with the second half of the game.

Square Enix also recruited Wan Hazmer who is a Malaysian working on Final Fantasy XV. The game must be pretty big with developers outside of Japan being brought in to complete it.

Hopefully this is a sign that Final Fantasy XV will be finished very soon.