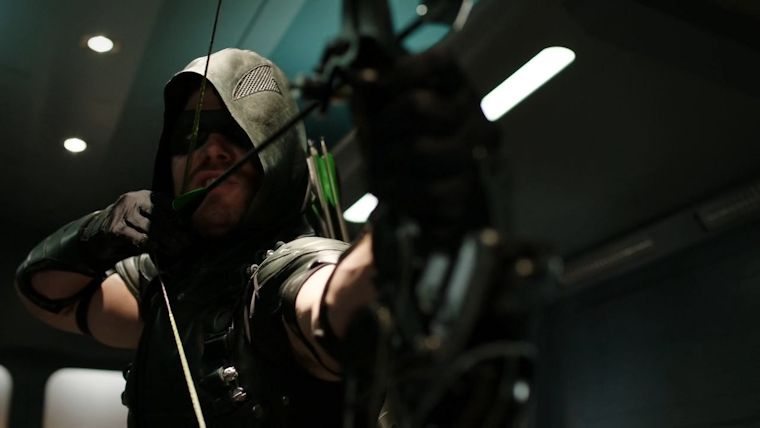 DC’s Legend of Tomorrow just debuted last Thursday as the second spinoff of the Arrow universe of TV shows, offering us a very different type of show from Arrow and Flash. The premiere also featured a few characters from Arrow, including star Stephen Amell, who is going to be returning soon looking very different.

The premise of Legends of Tomorrow has a ragtag group of heroes and villains traveling through time to stop the immortal Vandal Savage, which has already shown us the time periods 2166 and 1975. We already know of a few others that are coming, but now yet another has been confirmed with 2046.

According to a Facebook video posted by Amell, he will be guest starring in the sixth episode of Legends of Tomorrow as Oliver Queen, just 30 years older. In fact, he’s going to be sporting a mix of looks from the comics that will be very familiar.

Based on his The Dark Knight Returns look, he will be missing an arm, while he will also be sporting a goatee that Green Arrow in the comics is very well known for, yet this hasn’t ever been so on Arrow. It will certainly be interesting to see how they handle aging Amell by 30 years, though fans will be very excited to see the goatee in live action regardless.

Also of note, this episode will feature Connor Hawke, who in the comics is the son of Oliver Queen and becomes the Green Arrow as well. However, the producers have said he will not be Oliver’s son here, so you have to wonder if maybe he will just be mentored by him instead, unless they were just saying that to surprise us when it’s revealed.